DETROIT (AP) — Lexus, Toyota and Buick are the most reliable brands in Consumer Reports' latest survey, a reward for their conservative approach to new technology. It's the fourth straight year that Lexus came in first and Toyota came in second. Two of their hybrids — the Toyota Prius and the... 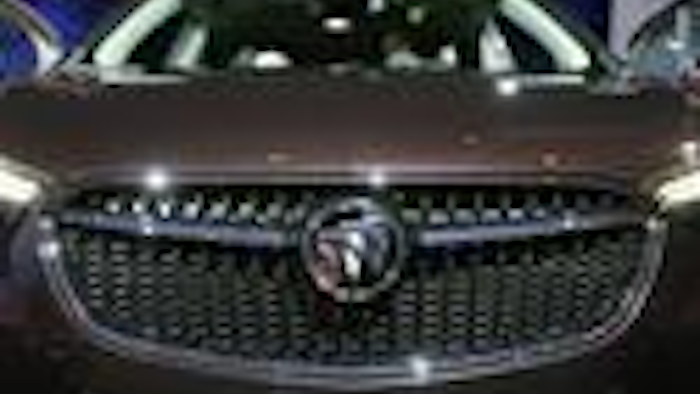 DETROIT (AP) — Lexus, Toyota and Buick are the most reliable brands in Consumer Reports' latest survey, a reward for their conservative approach to new technology.

It's the fourth straight year that Lexus came in first and Toyota came in second. Two of their hybrids — the Toyota Prius and the Lexus CT 200H — were named the most reliable vehicles. But Buick — General Motors Co.'s near-luxury marque — is the first domestic brand to crack the top three since the magazine began tracking vehicle reliability in the early 1980s.

The magazine released its annual reliability survey Monday. It's closely watched by the industry, since many buyers look to the magazine for recommendations.

Consumer Reports predicts the reliability of 2017 model-year brands and individual vehicles based on survey responses from its subscribers. The magazine collected subscribers' comments on vehicles they own from the 2000-2017 model years. Around 500,000 subscribers responded to this year's survey.

Jake Fisher, Consumer Reports' director of automotive testing, said the best performers have something in common: They tend to add new technology slowly, and bit-by-bit, rather than all at once. When Lexus introduced its new 2016 RX SUV, for example, it used an older engine and an eight-speed transmission that had already been used in another Lexus vehicle. When Buick introduced the Encore small SUV in the U.S. in 2012, it was built on a small-car platform used in prior vehicles and had a six-speed transmission, rather than the eight- and nine-speeds coming into vogue.

By contrast, Honda fell in this year's survey partly because of its 2016 Civic small car, which has two new engines, a new steel underbody and a new continuously variable transmission. Cue the problems: Shortly after the Civic went on sale, it was recalled for engine failure. Consumer Reports said Civic customers also have reported problems with the car's infotainment system.

"It's the choice of making such a big change," Fisher told The Associated Press. "They pay the penalty for trying to get it all right."

Fisher said GM has been improving its cars and small SUVs for several years now. The Chevrolet Cruze was the top-performing small car in the survey, while the Chevrolet Trax was the top-performing small SUV. But the company continues to struggle with pickups and larger truck-based SUVs, which gets low marks for steering and suspension issues. The Cadillac Escalade large SUV is the worst performing vehicle in the magazine's survey due to its combination of transmission problems and its difficult-to-use infotainment system. Buick has no truck-based vehicles.

Tesla — which was added to this year's survey because the magazine had enough responses from owners — suffered multiple problems with its new Model X SUV, including water leaks and issues with climate control.

Fisher said Tesla should perform better than average, since electric cars have fewer mechanical parts than gasoline-powered cars. But it gets tripped up by flashy features like the Model X's glitch-prone falcon-wing doors.

"The problem with Tesla has always been the gimmicks," he said.