LONDON (AP) — This should be a fine time for British carmakers, with sales increasing nicely, but for one major storm front — the impossible-to-predict ramifications of the country's vote to leave the European Union. With the Paris Auto Show preparing to open, and British industry leaders... 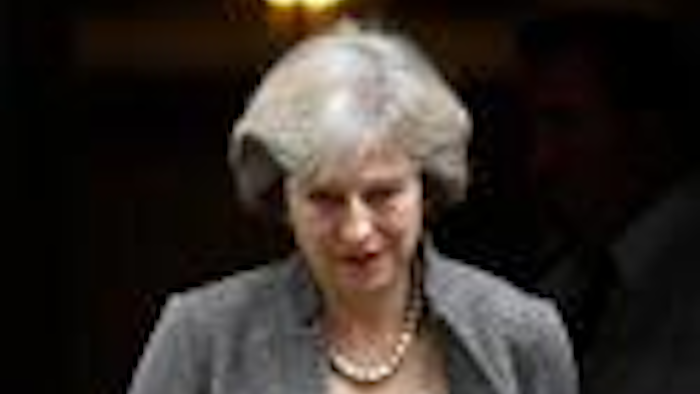 LONDON (AP) — This should be a fine time for British carmakers, with sales increasing nicely, but for one major storm front — the impossible-to-predict ramifications of the country's vote to leave the European Union.

With the Paris Auto Show preparing to open, and British industry leaders gathering there Wednesday to boast of the strength of their brands, Britain's EU exit, or Brexit, remains vexing in part because it's still not clear exactly how the complex and highly globalized auto trade will be affected.

Most expect Brexit to be disruptive, and to raise costs for companies, but the hard talk negotiations between Britain and the EU on the crucial issues of tariffs and the free movement of labor are still months away and will possibly take years to resolve.

That means years of uncertainty over the cost of building cars in Britain and the ease of exporting them to other EU countries. It will also create doubts about how difficult it will become to import vital car parts from other EU countries, to say nothing of the restrictions likely to be put in place on the free movement of skilled workers needed to assemble vehicles.

"You won't think at the moment of investing in Britain," said Stefan Bratzel, director of the Center of Automotive Management in Bergisch, Germany. "You need stability, you want to know you are investing in a stable environment, and you don't have it."

This is the main reason investment has slowed in industry that was enjoying a good run of health — production grew more than 12 percent in the first half of 2016 compared to the year before. While the drop in the pound since the June vote to leave the EU can help car exports from Britain, the overall uncertainties are great enough to cast a shadow over the longer-term outlook.

Bratzel said carmakers do not know how much production costs will surge, and whether the increases, possibly in the form of higher tariffs, will end Britain's attractiveness as a platform for building cars and getting them into the European market. Several major British brands are owned by foreign companies — Vauxhall by U.S. giant General Motors Co., Jaguar Land Rover by India's Tata Motors and Mini by Germany's BMW.

Bratzel said Brexit will hurt carmakers based in Europe as well as those based in the UK. The immediate impact, he said, has been the reluctance of major companies like BMW to put more money into operations.

Cars are exceptionally complex in terms of the way tariffs are structured, and taking Britain out of the easy world of EU trade, with its ample single market, raises a host of issues.

Many British carmakers, for example, rely on part imported from other EU countries. That is red-tape-free at the moment, because of EU easy access rules, but will become much more troublesome when new rules have to be negotiated and implemented, said Arndt Ellinghorst, an analyst with Evercore ISI in London.

"It's not simple at all," he said. "The question is what the trade framework will be. The second you use a component from the EU in a U.K. car, you need a new trade agreement for that car when it leaves the country. So it's very complicated."

He said this will not only make it more difficult to export finished vehicles to EU countries but will also complicate sales to the United States and other parts of the world.

"Right now, most companies are maintaining their production footprint, but they are limiting expansion," he said. "And that is very rational. For any major expansion, you need to know the legal framework, and that's currently unclear."