India's prime minister said Sunday that his country will ratify the Paris Agreement on climate change early next month. 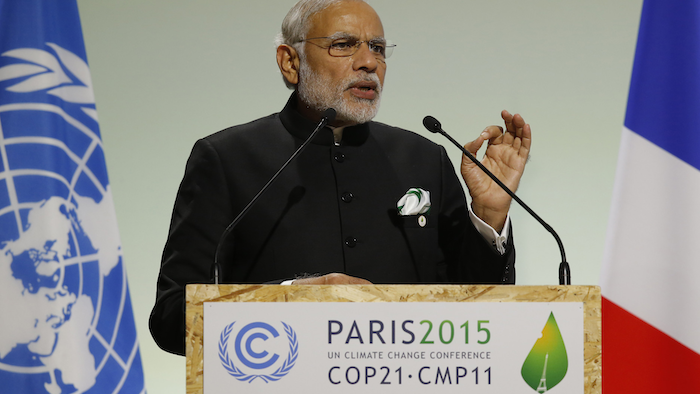 India's prime minister said Sunday that his country will ratify the Paris Agreement on climate change early next month.

Prime Minister Narendra Modi said his government will ratify the agreement Oct. 2, coinciding with the birth anniversary of India's independence leader Mohandas Gandhi, who believed in a minimum carbon footprint. Modi made the announcement at a meeting of his Bharatiya Janata Party's leaders in the southern Indian town of Kozhikode.

India accounts for around 4.5 percent of global greenhouse gas emissions. U.N. Secretary General Ban Ki-moon said this month that 60 countries accounting for about 48 percent of emissions had already joined the agreement.

The Paris Agreement asks both rich and poor countries to take action to curb the rise in global temperatures that is melting glaciers, raising sea levels and shifting rainfall patterns. It requires governments to present national plans to reduce emissions to limit global temperature rise to well below 2 degrees Celsius (3.6 degrees Fahrenheit). 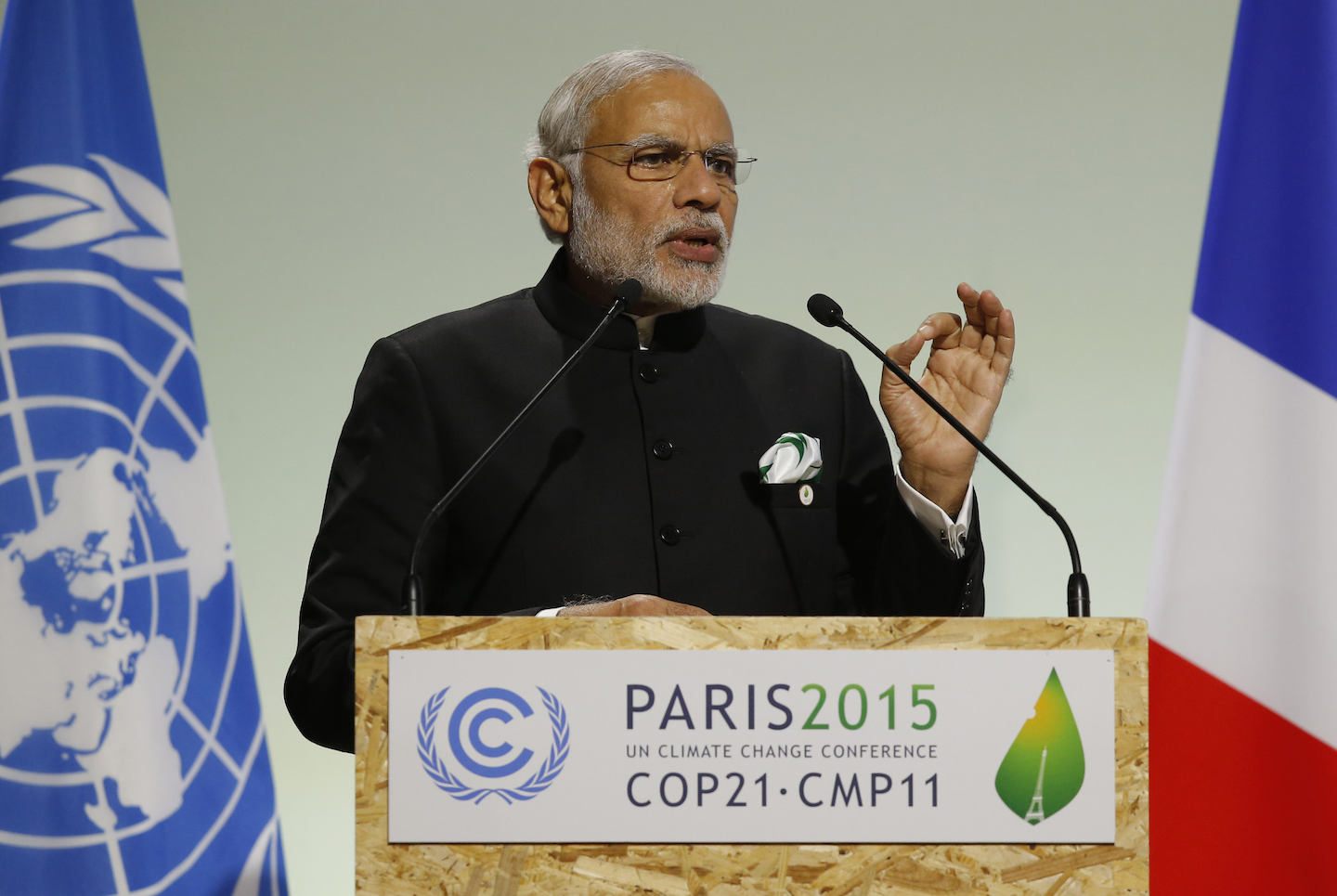 Last week, Moroccan Foreign Minister Salaheddine Mezouar said he expects to announce that countries accounting for over 55 percent of the world's greenhouse gas emissions have formally joined the treaty — the threshold needed to trigger the landmark agreement — when he presides over the 22nd U.N. Climate Conference in Marrakesh that starts on Nov. 7.

The Morocco conference is expected to hammer out the difficult details of how to make the agreement work and raise the $100 billion needed each year to meet its ambitious goals.

Mezouar said developed countries are expected to come up with $100 billion in climate financing each year, with half of that going to help countries adapt to green energy and the other half to mitigating the effects of climate change.