KANSAS CITY, Mo. (AP) — The German pharmaceutical giant Bayer AG sweetened its bid for Monsanto Tuesday, saying that its latest offer, now worth almost $56 billion reflects, "constructive negotiations" in its quest to build a global chemical and seed company. Bayer is offering $127.50 per... 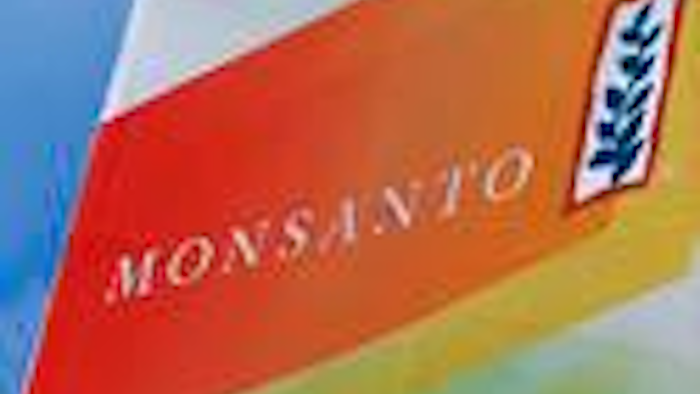 Bayer is offering $127.50 per Monsanto share, up from $125 in July, a bid that the St. Louis seed company had called inadequate. Excluding debt of about $9 billion, the latest proposal values Monsanto at $55.8 billion, about $1 billion more than it had offered less than two months ago.

"Monsanto is continuing these conversations as it evaluates this proposal, as well as proposals from other parties and other strategic alternatives," it said in a company release.

A combination of the two businesses would create a giant seed and farm chemical company with a strong presence in the U.S., Europe and Asia. Both are familiar brands on farms around the globe.

Bayer's farm business produces seeds as well as compounds to kill weeds, bugs and fungus. Monsanto produces seeds for fruits, vegetables and other crops including corn, soybeans and cotton, as well as the ubiquitous weed-killer Roundup.

In June, Monsanto reported a 37 percent plunge in profit with farmers under increasing financial pressure due to falling commodity prices. The company's revenue tumbled 8.5 percent to $4.19 billion, disappointing investors.

Monsanto Co. earlier this year announced that it had agreed to pay an $80 million penalty under a settlement to resolve Securities and Exchange Commission allegations that it had not properly accounted for millions of dollars paid to distributors as Roundup rebates. That had the effect of distorting the company's earnings reports for 2009, 2010 and 2011.

The improper accounting occurred at a time when Monsanto was losing market share to competitors who sold generic herbicides for prices lower than Monsanto sold Roundup, the SEC has said.

Shares of Monsanto slipped less than 1 percent in midday trading.