BUILTH WELLS, Wales (AP) — Welsh farmers like Rees Roberts, who has 1,000 acres with sheep, cattle and crops, can expect to earn a premium on their meats thanks to a certificate of regional authenticity. But that marker of distinction — the same kind that ensures Champagne can only come from the... 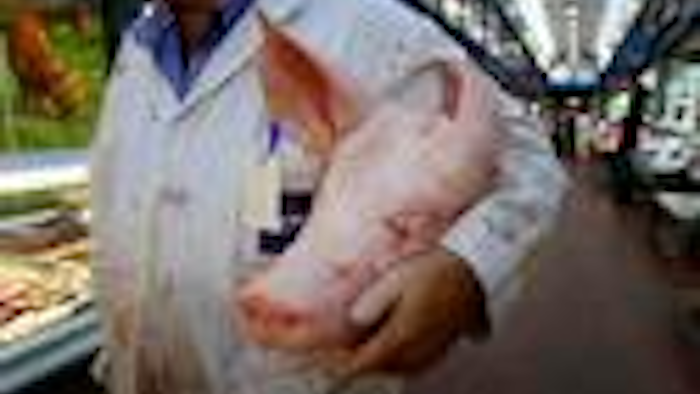 BUILTH WELLS, Wales (AP) — Welsh farmers like Rees Roberts, who has 1,000 acres with sheep, cattle and crops, can expect to earn a premium on their meats thanks to a certificate of regional authenticity.

But that marker of distinction — the same kind that ensures Champagne can only come from the French region of the same name — is granted by the European Union and is now at risk after Britain voted to leave the 28-country bloc.

The certificates, of which there are 73 across Britain for goods like Stilton cheese and Melton Mowbray pork pies, not only help farmers earn more but also shape rural communities' identities. Add to that the loss of $3.97 billion in EU subsidies for U.K. farmers, potential new tariffs and fears that agriculture will not be prioritized in trade talks with the EU, and the decision to leave the 28-nation bloc promises to be painful.

"The voters weren't thinking it through," said Roberts, 65, as he discussed the uncertainty with fellow farmers at a fair in the village of Builth Wells.

For Welsh farmers, EU membership cushioned against tough times. Sheep flocks have fallen in size by 20 percent since a 1999 peak, while farmers' real annual average incomes have tumbled nearly a third since 2003 to 22,500 pounds, or $29,250, according to government figures. The potential loss of preferential trade with Europe has left Wales rushing to export its lamb and beef to the United States, with the government submitting a 1,000-page proposal to the U.S. Agriculture Department last month ahead of upcoming trade talks in April.

The move was driven in part by concerns that negotiations over the next two years on Britain departing the EU will prioritize London banking jobs, while downplaying the needs of those in the hinterlands without the posh salaries.

"There are many concerns of how influential agriculture will be in these negotiations, both in terms of trade and direct financial support when compared to the powerful sectors such as financial services," said Dai Davies, chairman of the Welsh meat promoter Hybu Cig Cymru.

Davies was at the Royal Welsh Show in Builth Wells— among the largest agricultural fairs in Europe — to listen to farmers' concerns and answer their questions. A sense of seriousness and urgency dominated the mood, despite the sheep shearing contests, food stalls and a folk rendition of Beyonce's "Single Ladies (Put a Ring on It)."

Even though Wales is a net beneficiary of EU support, it voted to leave the EU by 53 percent to 47 percent, a fact that reflects the complexities of global trade.

Many people in rural Britain, including Wales, are against the EU because the open borders required by membership challenges their sense of national identity. In some voters' minds, globalization is synonymous with regulations, immigrants and the loss of jobs to low-cost countries in Eastern Europe or China. Those emotions come even though the union also has carved out markets for goods linked to Britain's heritage.

Listening to Davies was Roberts, who said he worries that the terms of foreign trade will change, causing him to lose some access to the EU's 508 million residents.

He hopes that the U.K. will settle on a new trade agreement with the EU similar to Norway's. That would give them access to the EU's single market but require the U.K. to keep receiving EU migrants, something many of those voting to leave are against. Some U.K. farmers do depend on migrant labor to pick their produce.

"Accepting the migrants wouldn't be a problem for me," said Roberts.

Next to him was John Foulkes, who has a flock of 3,000 and estimates that the protected geographical indicator for Welsh meat adds a 2.6 percent premium to the 80-pound ($104) price he charges for a typical lamb.

The protected status for "West Country Beef and Lamb" is a standard of quality and authenticity — for example, sheep have to get at least 70 percent of their food by foraging the hills of this corner of Britain. Many such markers could no longer be valid internationally, depending on how Britain leaves the EU, since it is the bloc that has enshrined them in international trade deals. To regain them, Britain might need to introduce its own protections and likely has to renegotiate trade deals, not just with the remaining EU countries but also other nations that Britain had deals with through the EU.

Most purveyors of products with EU protected status described the post-Brexit environment as hazy. Some have safety in trademarks that are internationally recognized regardless of EU membership, while others worry about the damage to Britain's brand on the continent and the complex network of trade deals that extend from the EU to Asia and South America.

Stilton cheese enjoys trademark protections dating back as far as 1966 that should ensure its gourmet status, said Billy Kevan, dairy manager at the cheese maker Colston Bassett. He expects cheesemakers to be fine, but said a major unknown is whether European public opinion turns against Stilton as a means of protesting the Brexit vote.

Some British cheesemakers cannot easily sever ties with the continent. One of the leading exporters of the protected Stilton cheese is Tuxford & Tebbutt, which is owned by Arla Foods, a company based in Denmark.

Stilton cheese can only hail from three counties in England, making it a vital industry in those communities. Tuxford & Tebbutt employs 100 people in Melton Mowbray, a town of 25,000 where the local pork pies also enjoy protected status.

Stilton generates $78 million a year for the community, the pork pies another $78 million and an additional $91 million comes to the community through food tourism, said Matthew O'Callaghan, chairman of the United Kingdom Protected Food Names Association.

The Melton Mowbray pork pies could lose their EU protections, O'Callaghan warned, which could expose many of the bakers to cheaper copy-cat competition.

"It means that anybody could make a Melton Mowbray Pork Pie, for example in Poland — not use the proper recipe, so make it in hoops, not using cured pork, use less than 30 percent pork, make a cheaper imitation," he said. "Now that's going to cost us jobs."

For Scotch distillers, the big risk is not so much in the trademark but losing trade deals with countries like Colombia, South Africa and South Korea that had been agreed on as part of the EU.

David Frost, the president of the Scotch Whisky Association, is a former government official responsible for trade policy and EU issues. He says the British government lacks enough negotiators to swiftly set up new trade deals if Brexit leads to the end of trade agreements with these emerging economies.

And that could hurt one of the few British industries that by its name can't possibly be outsourced overseas, says Frost. "We're rooted in Scotland — and we always will be."