WASHINGTON (AP) — The Latest on the 2016 presidential race after the Democratic and Republican nominating conventions (all times EDT): 7 p.m. Hillary Clinton's presidential campaign says a computer system connected to the campaign has been hacked. Campaign aides say the intrusion was part of a... 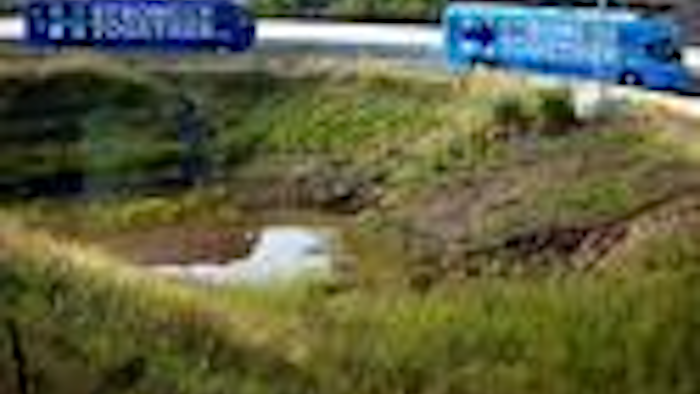 WASHINGTON (AP) — The Latest on the 2016 presidential race after the Democratic and Republican nominating conventions (all times EDT):

Hillary Clinton's presidential campaign says a computer system connected to the campaign has been hacked.

Campaign aides say the intrusion was part of a larger breach of the Democratic National Committee that was made public earlier this week, when WikiLeaks released the organization's private emails.

The violation concerned a DNC analytics data program used by the campaign and a number of other organizations.

Spokesman Nick Merrill says a review conducted by outside cyber security experts has found "no evidence" that the campaign's "internal systems have been compromised." The campaign refused to give additional details about the program or nature of the attack.

Donald Trump pulled off the upset — at least in television popularity.

The Nielsen company estimated that 29.8 million people watched Hillary Clinton's acceptance speech at the Democratic National Convention on Thursday night on the commercial networks. That fell short of the 32.2 million people who watched Trump speak to the Republicans a week before.

That came despite the Democrats reaching more people than the Republicans on each of the first three days of their respective conventions.

The White House is inviting representatives of Donald Trump's and Hillary Clinton's campaigns to start participating in meetings about the presidential transition.

The White House says McDonough informed the campaigns that Trump and Clinton are now eligible to receive intelligence briefings from the government. He told them their campaigns can also now use government-provided workspace in Washington for transition planning.

McDonough says senior White House officials will be in touch with both campaigns in the coming weeks.

It's traditional for the outgoing administration to conduct planning with both major parties' nominees to ensure a smooth transition for whoever wins.

Donald Trump is claiming that Bernie Sanders "sold his soul to the devil" in deciding to support Hillary Clinton for president.

Trump, speaking Friday at a rally in Colorado Springs, Colorado, said that Sanders "folded" when he abandoned his quest for the Democratic presidential nomination.

"He wanted to go home, he wanted to go to sleep," Trump said. He then noted that Sanders' "people are angry" and praised their efforts to disrupt the Democratic National Convention.

Donald Trump is declaring that Hillary Clinton's acceptance speech at the Democratic National Convention was "so average."

Trump, the Republican nominee, said Friday at a rally in Colorado Springs, Colorado that he watched Clinton's speech the night before in Philadelphia. He criticized her speech as being "full of clichés" and full of false claims against him.

Trump also bragged about TV ratings that indicated that more people watched his acceptance speech that Clinton's speech. The Democratic convention, however, had more overall viewers during the four nights.

He said that he thought Chelsea Clinton did very well and noted that she's is friends with his daughter Ivanka. He joked that he wished they weren't friends "because it would be a lot easier!"

Trump also complained that the fire marshal in Colorado Springs would not let more people into his event.

Many limited-government conservatives may be skeptical of Donald Trump, but his running mate wants them to know the Republican presidential nominee will be their advocate.

The Indiana governor addressed the American Legislative Exchange Council in Indianapolis on Friday, vouching for the "importance" Trump "would place on empowering states."

He also evoked former President Ronald Reagan and quoted from a Robert Frost poem, telling the group that bold conservative leadership required them to take "the road less traveled."

Hillary Clinton and running mate Tim Kaine are starting their bus tour of a pair of battleground states.

The Democratic presidential nominee said during a kickoff rally in Philadelphia Friday that the tour through critical Pennsylvania and Ohio will stop at "places that make things." And she took a dig at her GOP rival, saying Donald Trump "doesn't make anything in America except bankruptcies."

Clinton pledged that her first 100 days in office would see the biggest investment in new jobs since World War II. She said it would focus on infrastructure, technology, clean energy and advanced manufacturing.

The Trump and Clinton campaigns are about to become neighbors in Washington.

Both campaigns open formal transition offices on Monday in the same Pennsylvania Avenue building close to the White House, where they'll plan for victory on Election Day and the tangle of logistics that'll mean for the incoming administration. The effort is funded by taxpayers as part of $13 million Congress appropriated for pre-election planning.

It's a herculean task that will test the limits of Trump in particular, a political outsider who, thus far, has struggled to attract experienced talent to his presidential campaign. But Clinton's campaign is preparing too for matching thousands of prospective appointees and staffers to thousands of government positions that will need to be filled.

Donald Trump's running mate is saying that the Republican presidential campaign might lift its ban of certain media outlets from campaign events.

Indiana Gov. Mike Pence said Friday that the campaign would evaluate its policy and added that events would be "available to the media, whether they're fair or unfair."

Pence's remarks on the Hugh Hewitt radio show came days after a Washington Post reporter was searched and ejected from one of his events.

Trump had been a frequent critic of the media and has banned several outlets from covering his campaign events, including Buzzfeed, Politico, The Huffington Post and The Washington Post.

Pence, who touted his own record of being available to the media, considered launching a state-run news serviced. He ultimately scrapped the effort.

Donald Trump is vigorously tweeting the morning after Democrats finished their presidential nominating convention. His targets? A few choice people who criticized him from the stage at the Democratic National Convention.

The Republican presidential nominee referred to former New York mayor Michael Bloomberg, also a billionaire, as "Little Michael Bloomberg," who "never had the guts to run for president" and whose final term as mayor was "a disaster."

Trump attacked Gen. John Allen, saying he "failed badly in his fight against ISIS." The former deputy commander of the wars in the Middle East had called Hillary Clinton the kind of "commander in chief America needs."

As for Clinton's claim that Trump can't handle a political campaign, he noted that he defeated a field of Republican hopefuls to win the GOP nomination.

Donald Trump's running mate, Mike Pence, is offering condolences after a San Diego police officer was killed and another injured in an early morning shooting.

The Indiana governor and Republican vice presidential candidate said Friday that he has a "heavy heart."

He's calling on the country to offer thanks to "those who stand on the thin blue line of law enforcement" and he says this is a challenging time for the nation's police.

Pence noted that an Indianapolis police officer was injured earlier this week in a shootout.

Mike Pence is riding a Harley Davidson motorcycle across Indiana with a national guard charity group.

The Indiana governor and Donald Trump's running mate departed from Indianapolis Friday morning along with over 100 riders.

Pence says he rode motorcycles when he was younger. But he joked that he took it up again after he was elected governor because "it's required in the Constitution."

The group is riding to Indiana's first state Capitol in Corydon, near the Kentucky border. Pence will ride with the group for a shorter leg of the trip.

The Republican vice presidential candidate is riding a Harley Davidson Street Glide that a Pence spokesman says was borrowed from a friend.

The statement issued Friday on Trump's campaign Facebook page says Clinton's stance on immigration "will take jobs, resources and benefits from the most vulnerable citizens of the United States and give them to the citizens of other countries."

Trump tweeted a link to the statement. It slams Clinton for not mentioning the words, "radical Islam," ''her disaster in Libya" or the investigation of Clinton's private email server.

The statement says Clinton's remarks were "delivered from a fantasy universe, not the reality we live in today."

Clinton said Trump is offering America "empty promises" and what she called "bigotry and bombast."

Tim Kaine says Donald Trump was not being sarcastic, he was being "ignorant" when he urged Russia look for Hillary Clinton's missing emails.

The Democratic vice presidential nominee told CNN's "New Day" Friday that any such suggestion should be "temperamentally, a disqualification for the office" of president.

Trump said in a press conference this week: "Russia, if you're listening, I hope you're able to find the 30,000 emails that are missing." He later said he was being sarcastic.

To that, Kaine said Friday: "That's not being sarcastic, that's ignorant."

Democratic National Committee emails were hacked last week and handed over to WikiLeaks. Private security experts — although not yet any U.S. government agencies — say they found clues that point to hacking groups whose targets track the strategic interests of Russia's government.

Speaking to CNN's "New Day" Friday, Hillary Clinton's running mate said he does not want to declare a position on the TPP trade agreement "until it's done."

He said that he is particularly concerned about one element that compromises the right of corporations to challenge unfair trade practices in private courts.

"A treaty is supposed to be a promise that should be enforced," he said.

Donald Trump's campaign manager says that if Hillary Clinton is right that it's, "midnight in America," it's the fault of Democratic leaders.

Paul Manafort tells "Fox & Friends" on Friday that, "if it's midnight in America, it's because of seven-and-a-half years of the Obama-Clinton administration."

He was responding to Clinton's claim at the Democratic National Convention that Trump has brought the Republican Party from "morning in America to midnight in America."

Manafort says Trump thinks America is great "but the American people don't feel that the future is what they want it to be."

He said Clinton "can't hide" from her 25 years in public life.