DETROIT (AP) — Federal safety investigators are asking electric car maker Tesla Motors for details on how its Autopilot system works and why it failed to detect a tractor trailer that crossed its path in a Florida crash. The National Highway Traffic Safety Administration, in a letter to Tesla... 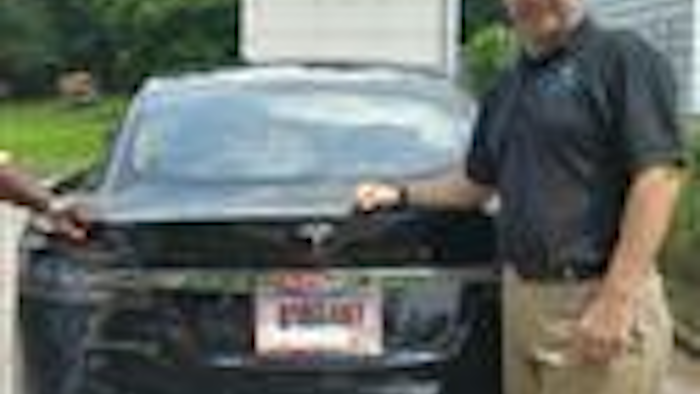 DETROIT (AP) — Federal safety investigators are asking electric car maker Tesla Motors for details on how its Autopilot system works and why it failed to detect a tractor trailer that crossed its path in a Florida crash.

The National Highway Traffic Safety Administration, in a letter to Tesla posted Tuesday, also requests data on all crashes that happened because its system did not work as expected.

The agency is investigating the May 7 crash in Williston, Florida, that killed 40-year-old Joshua Brown, of Canton, Ohio. Tesla says the cameras on his Model S sedan failed to distinguish the white side of a turning tractor-trailer from a brightly lit sky and didn't automatically brake.

The agency gave Tesla until Aug. 26 to fully comply with its request. The company faces penalties of up to $21,000 per day, to a maximum of $105 million if it doesn't comply.

Although the agency called the problem with Tesla's Autopilot system an "alleged defect," a spokesman said in a statement that it hasn't determined if a safety defect exists. The information request is a routine step in an investigation into the crash, spokesman Bryan Thomas said.

The investigation could have broad implications for the auto industry and its steps toward self-driving cars. If the NHTSA probe finds defects with Tesla's system, the agency could seek a recall. Other automakers have or are developing similar systems that may need to be changed as a result of the probe.

Tesla's system uses cameras, radar and computers to detect objects and automatically brake its vehicles if they're about to hit something. It also can steer the car to keep it centered in its lane. The company says that before Autopilot can be used, drivers have to acknowledge that the system is an "assist feature" that requires a driver to keep both hands on the wheel at all times. Drivers are told they need to "maintain control and responsibility for your vehicle" while using the system, and they must be prepared to take over at any time, Tesla has said.

In the letter, which was dated July 8, NHTSA also asked Tesla for results of its own investigation into the May 7 crash, and for all consumer complaints, field reports from dealers, reports of crashes, lawsuits and all data logs and images from problems with the Autopilot system. It also seeks details on any modification to the Autopilot system that Tesla has made.

"Describe all assessments, analyses, tests, test results, studies, surveys, simulations, reconstructions, investigations, inquiries and or evaluations that relate to or may relate to the alleged defect," the letter says.

Investigators also want to know how the system recognizes objects and decides whether they are crossing the path of a Tesla. They also asked the company to describe how the system detects how signals from cameras or other sensors have been compromised or degraded and when that information is communicated to the driver.