NEW YORK (AP) — A handful of new startups are tackling a thorny problem that AOL couldn't solve with zillions of dollars: How to cover local news in different cities without going broke. Some see a news hole left behind by the shrinking newsrooms of traditional city newspapers and alt-weeklies.... 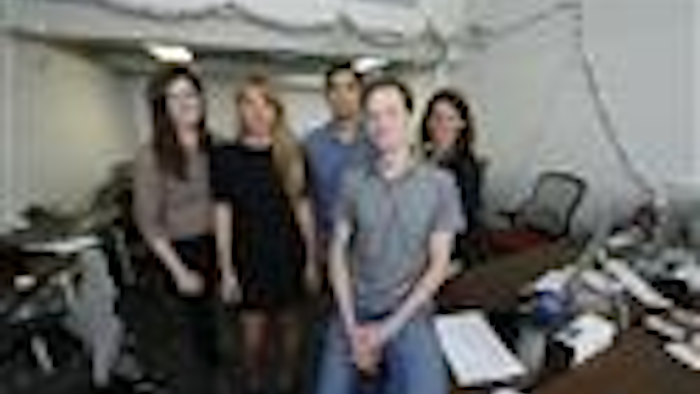 NEW YORK (AP) — A handful of new startups are tackling a thorny problem that AOL couldn't solve with zillions of dollars: How to cover local news in different cities without going broke.

Some see a news hole left behind by the shrinking newsrooms of traditional city newspapers and alt-weeklies. Others want to woo smartphone-addicted millennial readers. They're using newsletters and social media like Instagram to build an audience for their sites.

The latest entrant is the brainchild of three media executives who want to launch a string of sites in mid-size cities, starting with Denver. Their first site, Denverite , launched on June 14 with a staff of nine and an expected annual budget of $1 million — large for a local-news site.

Posts are earnest, with zippy photos and video. Goals are lofty: The site aims to cover development and how Denver is changing as a city, says editor Dave Burdick. It runs both original stories and posts that basically rewrite pieces from other outlets (with links), a model inspired by the online business-news site Business Insider.

All three Denverite investors were also Business Insider investors (one, Kevin Ryan, was a Business Insider founder). The business site, known for its snappy style, chart- and image-heavy articles and sheer volume of posts — including many speedy rewrites of news from competitors — sold last fall for nearly $400 million to a German publisher, Axel Springer.

THE SHADOW OF PATCH

Local news still seems like an unlikely area of growth. The sector labors under the failure of Patch, an AOL-funded string of "hyperlocal" news sites that reportedly lost at least $200 million before its owner mostly sold it off in 2014. It grew too fast and relied too much on national advertisers rather than local businesses, says Michele McLellan, a Chicago-based digital-news consultant. Patch still exists , although its workforce is far smaller and its ambitions have scaled back considerably.

In the meantime, though, a variety of tiny online startups — many with budgets well below $1 million a year — have built small but loyal audiences over the years, McLellan says. One wave arose after the Great Recession devastated newsrooms with layoffs; another formed when Patch editors struck out on their own following the site's sale.

These startups join deeper-pocketed operations such as Voice of San Diego and Texas Tribune , prominent nonprofits with substantial budgets that focus on local public policy and investigative reports.

They're not alone in their ambitions to have a multi-city network. DNAInfo , a billionaire-backed company founded in 2009 that is now in Chicago and New York, apes traditional newspapers by covering crime, politics and local events at the neighborhood level.

But outfits catering to millennials have a breezier approach. Ted Williams, the publisher of Charlotte Agenda in North Carolina, launched last year, says Instagram is the site's "most important channel." He plans to expand to Raleigh this summer.

Challenges, of course, are everywhere. Digital advertising is a $60 billion business in the U.S., but tech companies like Google and Facebook pull in a growing majority of that revenue. Research firm eMarketer predicts Facebook alone will account for 31 percent of all display-ad revenue, traditionally a mainstay of online publishers, in 2016. Ad-blockers are also increasingly popular among readers.

Many local-coverage niches are already crowded. Free weekly papers in many cities focus on arts and culture; passion-project blogs cover niche topics deeply. And many people turn to social media to learn about concerts, museum exhibits and plays from the venues themselves.

Several new local-news sites are looking beyond traditional boxy web ads. One popular alternative: native ads that resemble news stories much the way old magazine "advertorials" did. McLellan says her most recent annual survey of local publishers showed a big increase of such ads this year. Charlotte Agenda, for instance, does ad deals that put corporate logos on its site along with native ads and promoted job postings.

Billy Penn , a site that launched in 2014 in Philadelphia, draws 86 percent of its revenue through sponsored events and by charging admission to gatherings such as happy hours. Its owner, Spirited Media, is launching another site in Pittsburgh in September and plans to expand in other cities after an investment from USA Today owner Gannett.

Subscriptions aren't dead, either. The Frontier , launched last year in Tulsa, Oklahoma, by the former publisher of the Tulsa World, charges $30 a month for the investigative stories on its site. It has about 650 members and is aiming for 850 in its first 12 months, says publisher Bobby Lorton. He says he's sold sponsorships to support the site for the short term.

Denverite, meanwhile, won't show ads at all for at least the first six months, says Gordon Crovitz, one of its backers and a former Wall Street Journal publisher. Down the road, the company is considering other possible revenue sources including subscriptions.

"We don't think the problems of local journalism are going to get solved in a day," Crovitz says. "We're patient."