West Lake was contaminated 40 years ago after a contractor for a uranium processing company illegally dumped waste there. 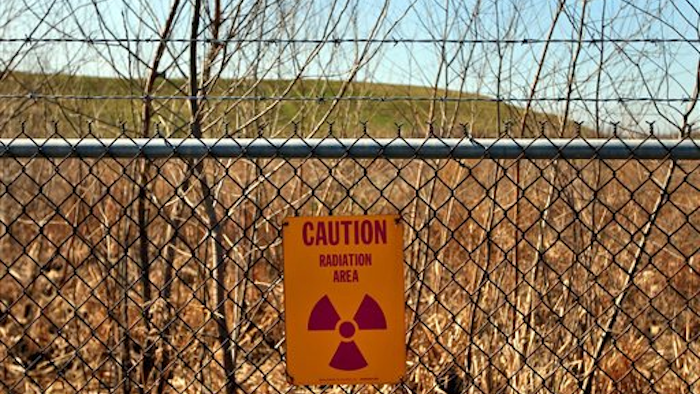 Four members of Missouri's congressional delegation on Thursday called for the Army Corps of Engineers to take over remediation of the West Lake Landfill site in St. Louis County, saying the Environmental Protection Agency is moving too slowly in addressing concerns about nuclear contamination.

Residents who live near West Lake have grown frustrated with delays in remediating the site. Transferring cleanup oversight to the Corps "will help move the process forward and finally give these families the peace of mind they deserve," Blunt said in a statement.

McCaskill said the change would be a "concrete, positive step forward in a process that's been stagnant for far too long."

An EPA spokesman declined comment on the bill but said the agency is making "significant progress" at West Lake. Spokesman Curtis Carey said the agency will announce a decision for remediation of the contaminated soil by the end of 2016.

West Lake, in the town of Bridgeton, was contaminated 40 years ago after a contractor for a uranium processing company illegally dumped waste there. It was declared a Superfund site in 1990.

In 2008, the EPA announced a plan to cover the landfill with a cap of rock, clay and soil. The agency decided to reconsider after opposition to that plan, but seven years later, no new plan has been announced.

Republic Services opposes the change. The company's vice president, Russ Knocke, said it "would add more delays to a decision and permanent solution" for West Lake.

"Going back to the drawing board on investigation and design work on a site with decades of data and study is not the answer," Knocke said. "It would be a setback for a community that's tired of waiting."

But Ed Smith of the Missouri Coalition for the Environment supported the switch to Corps oversight, saying the public "has lost confidence in the EPA's ability to grasp the magnitude of the problem."

The lawmakers said the new bill would not remove West Lake from EPA's Superfund list.

Adding to the concern is an underground fire burning no more than 1,200 feet away in the adjacent Bridgeton Landfill. The owner of both landfills, Republic Services, has spent millions to build interceptor walls and install other safeguards to ensure that the fire does not make it to the nuclear waste. The company insists there is no risk.

The cause of the fire is unknown. It has been burning for years, creating an odor that prompted Missouri Attorney General Chris Koster to sue Republic Services in 2013. The case is scheduled for trial in March.

The nuclear waste was illegally dumped in 1973 and includes material that dates back to the Manhattan Project, which created the first atomic bomb in the 1940s.

No reports of illness have been linked to the nuclear waste.