Thousands Of Gallons Of Crude Oil Spilled Along California Coast

The leak sent about 21,000 gallons of crude into a culvert that leads to the Pacific. 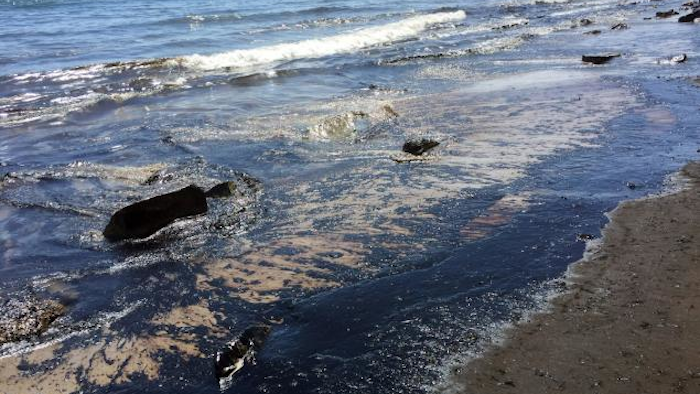 Authorities along California's central coast are dealing with one of the worst oil spills in years after a ruptured pipeline seeped crude into a storm drain for hours.

The leak sent an estimated 21,000 gallons of crude into a culvert that leads to the Pacific Ocean near Goleta.

A half-mile oil slick already formed along the coast by the time a woman reported crude fumes around midday on Tuesday; by the time officials shut down the pipe hours later, the slick expanded to four miles long and up to 50 yards deep.

Houston-based Plains All American Pipeline owns the 24-inch underground pipeline, which eventually runs into Kern County in California's oil-rich Central Valley. A cause of the leak has not been determined.

"Plains deeply regrets this release has occurred and is making every effort to limit its environmental impact," the company said.

Offshore oil rigs regularly result in small amounts of tar showing up on local beaches, but reports said Tuesday's spill was the largest in the area in years. The same stretch of coastline was impacted by a 1969 oil spill that helped spark the nation's environmental movement.

The Environmental Defense Center, based in Santa Barbara, said the spill occurred in "a sensitive and treasured environment" and that the impact is "devastating to watch."