Donald Levine, the Hasbro executive credited as the father of G.I. Joe for developing the world's first action figure, has died. He was 86. 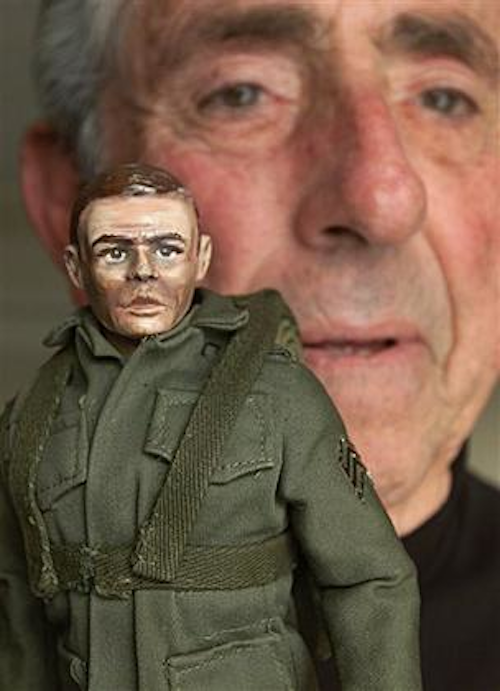 PROVIDENCE, R.I. (AP) -- Donald Levine, the Hasbro executive credited as the father of G.I. Joe for developing the world's first action figure, has died. He was 86.

He died of cancer early Thursday at Home & Hospice Care of Rhode Island, said his wife, Nan. They were just about to celebrate their 60th wedding anniversary.

Levine shepherded the toy through design and development as Hasbro's head of research and development. He and his team came up with an 11½-inch articulated figure with 21 moving parts, and since the company's employees included many military veterans, it was decided to outfit the toy in the uniforms of the Army, Navy, Marines and Air Force, with such accessories as guns, helmets and vehicles.

Levine, who served in the Army in Korea, said he got the idea for the moveable figure as a way to honor veterans.

G.I. Joe hit the shelves in time for the 1964 Christmas shopping season and soon became a big seller at $4 apiece.

"Don Levine and his team took it from a good concept to a great concept," said Alan Hassenfeld, Hasbro's former CEO whose father, Merrill, oversaw G.I. Joe's development when he ran the company.

G.I. Joe remained popular until the late 1960s, as opposition to Vietnam intensified and parents shied away from military-related toys. Hasbro countered in 1970 by introducing "Adventure Team" G.I. Joes that played down the military connection. Into the '70s, G.I. Joes featured "lifelike hair" and "kung-fu grip" and were outfitted with scuba gear to save the oceans and explorer's clothing for discovering mummies.

Hasbro said in a statement that Levine's "influence on the toy industry was profound" as his team developed the concept of an action figure.

"His work forever changed the way kids play with toys, and in particular helped birth the G.I. Joe brand which has been a part of the American fabric for 50 years," the company said.

Levine's funeral will be held Sunday morning at Temple Beth-El in Providence. He is survived by his wife, three children and four grandchildren.