Physics Panel Tells Feds To Beam Up Some Neutrinos

The U.S. should build a billion-dollar project to beam ghostlike subatomic particles 800 miles underground from Chicago to South Dakota, a committee of experts told the federal government Thursday. 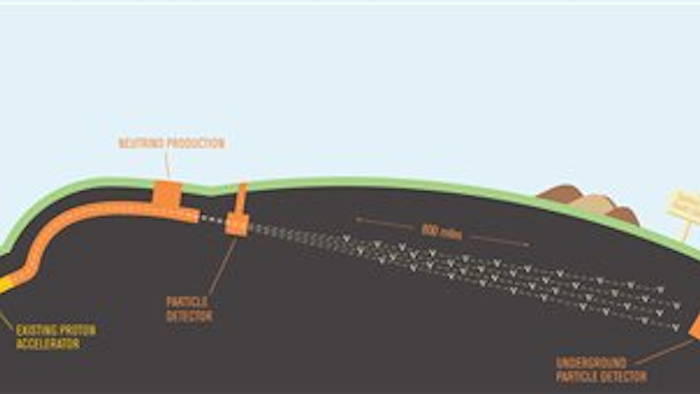 WASHINGTON (AP) -- The U.S. should build a billion-dollar project to beam ghostlike subatomic particles 800 miles underground from Chicago to South Dakota, a committee of experts told the federal government Thursday.

That would help scientists learn about these puzzling particles, called neutrinos, which zip right through us.

The proposed invisible neutrino beam would be the biggest U.S. particle physics projects in many years, said panel chairman Steven Ritz of the University of California, Santa Cruz. Still, it would be much smaller than Europe's Large Hadron Collider, which found the critical Higgs boson.

The neutrino beam was one of the top big-money projects the scientific panel suggested in a list of priorities for federal particle physics research. Other big projects included improvement of the European collider and the creation of a Japanese subatomic particle smasher.

If approved and funded, the neutrino beam would take about 10 years to build and could run for another 20 years, experts said.

"What CERN (the European collider operator) did for the Higgs boson, we want to do with the neutrino," said Joe Lykken, a particle theorist at Fermi National Accelerator Lab in Chicago. That lab would create the beam and aim it at an old mine in Lead, South Dakota. There, scientists hope a 50,000-ton detector would be able to spot an incredibly minute fraction of the particles.

Tiny and nearly mass-less, neutrinos are everywhere. About 100 trillion zip through us harmlessly each second. They were created by the Big Bang. They also form in the sun and our own bodies, but they are so fast and small that scientists have barely detected them for study.

"Of the known particles, the neutrinos as a group are the most oddball," Ritz said.

Neutrinos are a group because they come in three types, or "flavors," and they can shift from one type to another. Scientists don't quite know why, Lykken said.

If a neutrino is eventually beamed from Chicago, "it starts out as a chocolate milkshake, but it's partly strawberry by the time it gets to South Dakota," Lykken said.

He added, "You study the oddball in order to get insights into everything else."

Neutrinos could give scientists clues about the mysterious "dark matter" of outer space and other "weird astrophysical phenomena," said California Institute of Technology physicist Sean Carroll, who wasn't part of the scientific panel.