At the first United Nations meeting devoted to the subject, representatives began trying to define the limits and responsibilities of so-called lethal autonomous weapons systems that could go beyond human-directed drones. 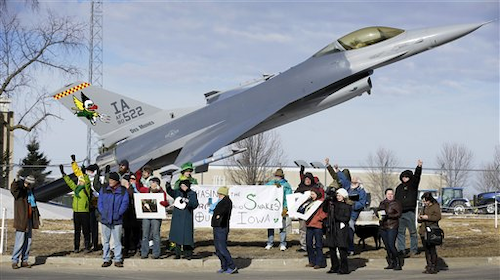 GENEVA (AP) -- Diplomats urged the adoption of new international laws Tuesday that could govern or outright forbid the use of killer robots if the technology becomes reality someday.

At the first United Nations meeting devoted to the subject, representatives began trying to define the limits and responsibilities of so-called lethal autonomous weapons systems that could go beyond human-directed drones already being used by some armies today.

"All too often international law only responds to atrocities and suffering once it has happened," Michael Moeller, acting head of the U.N.'s European headquarters in Geneva, told diplomats at the start of the four-day gathering. "You have the opportunity to take pre-emptive action and ensure that the ultimate decision to end life remains firmly under human control."

He noted that the U.N. treaty they were meeting to discuss — the Convention on Certain Conventional Weapons adopted by 117 nations including the world's major powers — was used before to prohibit the use of blinding laser weapons in the 1990s before they were ever deployed on the battlefield, and this "serves as an example to be followed again."

His proposal echoes calls by groups such as the Campaign to Stop Killer Robots and Humans Rights Watch, which want an international ban on Terminator-style machines before they can ever be activated.

Delegates from many of the nations said existing laws probably won't cover future weapons that could decide on targets without human intervention.

"It is indispensable to maintain human control over the decision to kill another human being," German Ambassador Michael Biontino told the meeting. "This principle of human control is the foundation of the entire international humanitarian law."

U.S. diplomat and legal adviser Stephen Townley cautioned the meeting against pre-judging the uses of emerging technologies. Rather than consider popular culture images of "a humanoid machine independently selecting targets," he urged decision-makers to focus on actual ways weapons will likely develop.

But even if the technology doesn't exist yet, diplomats agreed it wasn't too early to ponder the legal, moral and ethical dimensions.

"The fascination produced by technology shall not prevent us from raising relevant questions about the convenience and consequences of our future choices," said Brazil's Ambassador Pedro Motto Pinto Coelho.