Called Illustris, the numerical-based model covers the 13 billion-year evolution of the universe beginning just 12 million years after the Big Bang, or creation. And it accurately depicts the distribution and composition of various types of galaxies. 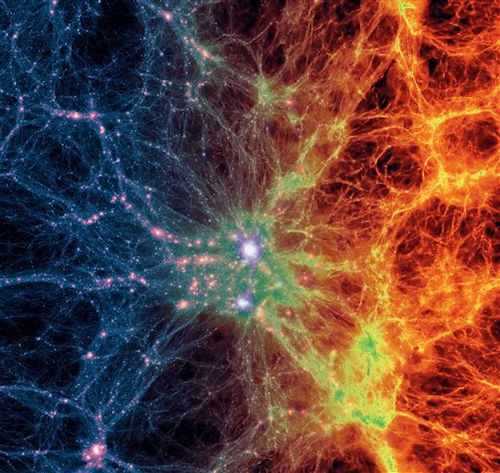 CAPE CANAVERAL, Fla. (AP) -- Scientists have come up with the best computer model yet of the universe.

This new virtual cosmos created by U.S., German and English researchers includes details never before achieved in a simulation. Called Illustris, the numerical-based model covers the 13 billion-year evolution of the universe beginning just 12 million years after the Big Bang, or creation. And it accurately depicts the distribution and composition of various types of galaxies.

Illustris was developed by a team led by astrophysicist Mark Vogelsberger of Massachusetts Institute of Technology. It's described in Thursday's issue of the journal Nature.

The Illustris creators say it represents "a significant step forward in modeling galaxy formation." They attribute their success to advanced computer power.