The Canadian drugmaker Valeant said it would be willing to raise its takeover bid for Allergan by almost 12 percent, which would mean $200 or more per share for the maker of Botox. The letter to Allergan's board Monday did not break down the exact terms of the new offer, but Valeant... 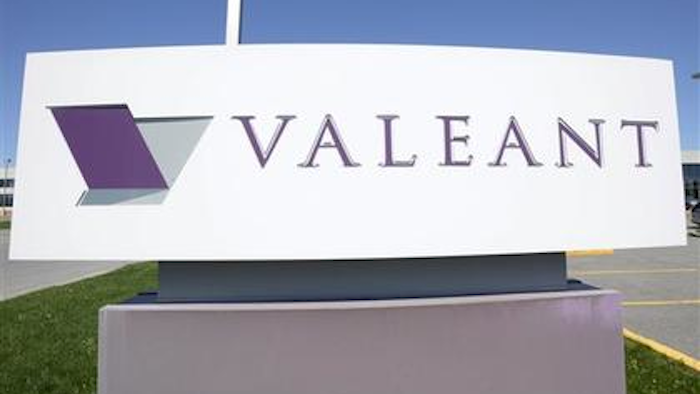 The Canadian drugmaker Valeant said it would be willing to raise its takeover bid for Allergan by almost 12 percent, which would mean $200 or more per share for the maker of Botox.

The letter to Allergan's board Monday did not break down the exact terms of the new offer, but Valeant said the increase would consist of added "consideration" and expected appreciation of Valeant's own stock to be used in any deal.

Allergan pointed out in a written statement that Valeant has not made a firm higher offer and said the letter was intended to "distract investors from Allergan's outstanding third quarter results."

Valeant, based in Laval, Quebec, has made several offers to buy Allergan, only recently offering about $179 per share at current stock values.

Allergan, which is based in Irvine, California, has set a Dec. 18 date for a special shareholder meeting at which its shareholders will consider replacing most of its board.

That could give Valeant and activist investor Bill Ackman's Pershing Square Capital Management LP, which has built a large stake in Allergan, a chance at a takeover. Beyond control of the board, there also will be a vote on whether Allergan should talk to Valeant Pharmaceuticals International Inc. and Pershing Square.

The companies have traded barbs throughout the takeover battle, and Valeant has said that Allergen has made misleading statements about Valeant's businesses, including Bausch + Lomb, which Valeant acquired last year.

Earnings, adjusted for one-time gains and costs, were $1.78 per share. Analysts surveyed by Zacks Investment Research expected $1.62 per share, on average.

The company, which also makes eyelash extender Latisse and dry-eye drug Restasis, posted revenue of $1.82 billion in the period, which also beat Street forecasts. Analysts expected $1.77 billion, according to Zacks.