Scientists are racing to begin the first human safety tests of two experimental Ebola vaccines, but it won't be easy to prove that the shots and other potential treatments in the pipeline really work. There are no proven drugs or vaccines for Ebola, a disease so rare that ... 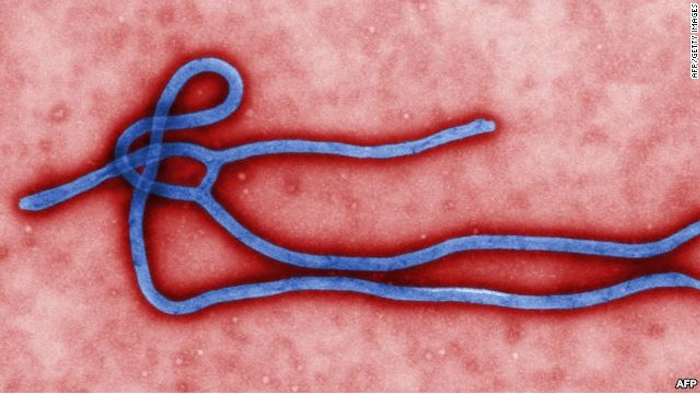 Scientists are racing to begin the first human safety tests of two experimental Ebola vaccines, but it won't be easy to prove that the shots and other potential treatments in the pipeline really work.

There are no proven drugs or vaccines for Ebola, a disease so rare that it's been hard to attract investments in countermeasures. But the current outbreak in West Africa — the largest in history — is fueling new efforts to speed Ebola vaccine and drug development.

The handful in the pipeline have largely been funded by government efforts, including the two vaccine candidates that are closest to human study: One developed by the U.S. government that is gearing up for early-stage tests in healthy volunteers this fall, with a second developed by the Canadian government thought to be not far behind.

Initial tests typically are performed on a few dozen to 100 people, to look for warning signs of side effects and figure out a good dose — not to prove that they'll actually protect people against infection with the Ebola virus. Because vaccines are given to healthy people, not those who are already sick, getting safety information before the products are used too widely is a crucial step.

New details about the development of the vaccines emerged this week as the World Health Organization declared it OK to use experimental drugs and vaccines as authorities try to contain the outbreak that has killed more than 1,000 people. At the same time, the Food and Drug Administration warned U.S. consumers Thursday to avoid a new raft of fake Ebola treatments being sold online.

Here's a look at experimental Ebola vaccines and treatments:

A vaccine developed by researchers at the National Institutes of Health has been fast-tracked by regulators and is expected to begin its first human safety trial this fall. The vaccine is based on a chimpanzee adenovirus, a relative of cold viruses.

British drugmaker GlaxoSmithKline is currently ushering the potential injection through the development process, after acquiring its original developer, vaccine specialist Okairos AG for, $325 million last year. Studies show the vaccine could protect monkeys from the virus

A spokeswoman for GlaxoSmithKline said Thursday: "it is too early for us to comment on when the vaccine candidate might be available for use."

Last week the NIH's Dr. Anthony Fauci told the AP the vaccine is supposed to be "purely preventive, more aimed at giving it to the health care workers who put themselves at considerable danger."

The NIH says it is also funding at least two other candidate Ebola vaccines, in earlier stages of development. One from Crucell, a subsidiary of Johnson & Johnson that is intended protect against both Ebola and Marburg hemorrhagic fevers and could begin human testing by late 2015. A second from Profectus Biosciences is based on a livestock virus and currently in preliminary testing to assess its potential for study in humans.

Meanwhile, NewLink Genetics of Ames, Iowa, said Thursday that it is preparing to test a vaccine developed by the Canadian government under a licensing agreement with the Public Health Agency of Canada. The company is discussing an initial safety test in up to 100 health volunteers with the FDA, although company executives would not say how quickly it could begin.

An FDA spokeswoman for the agency would not confirm any discussions about the vaccine, but said the agency "stands ready to work" with companies and international agencies developing Ebola treatments.

A total of 1,500 doses have already been produced by a contract manufacturer in Germany, and the Canadian government purchased all of them. The government is setting aside some for NewLink to use in clinical research, and it also plans to donate between 800 and 1,000 doses to the WHO.

An experimental drug called ZMapp from San Diego-based Mapp Pharmaceuticals is the only untested treatment known to have been used in the current outbreak.

Mapp Pharmaceuticals made the drug available to three aid workers infected with the virus — a Spanish priest who died Tuesday and two U.S. aid workers who are said to be improving. Health experts say there is no way to tell if their recovery is related to ZMapp.

The drug is a cocktail of three antibodies engineered to recognize Ebola and bind to infected cells so that the immune system can kill them. The company said the supply of the drug is now "exhausted."

Tekmira Pharmaceuticals of Canada is one of the only companies worldwide to have begun human testing of an Ebola drug, though safety issues with that initial study have put the treatment's future in question.

The company's TKM-Ebola injection works by blocking three genes that help the Ebola virus reproduce itself and spread.

Tekmira began a small-scale study in several dozen healthy adults to find the safest dose of the drug. But the FDA halted that research last month due to potentially dangerous drug reactions seen in patients.

The company, which has a $140 million contract to develop the drug, says it is working to address the FDA's safety concerns.

On Wednesday, North Carolina drugmaker BioCryst announced it had received a $4.1 million award from the NIH to study its experimental antiviral medication for Ebola.

The company is already developing the drug, BCX4430, for the related Marburg virus under a 5-year federal contract worth $22 million. Studies published earlier this year noted the treatment was successful in fighting Ebola in animals. BioCryst currently has no products on the market.