The U.S. Department of Defense has sent out a bevy of big contracts, including a colossal $700,000,000 deal for Raytheon Technical Services Company. 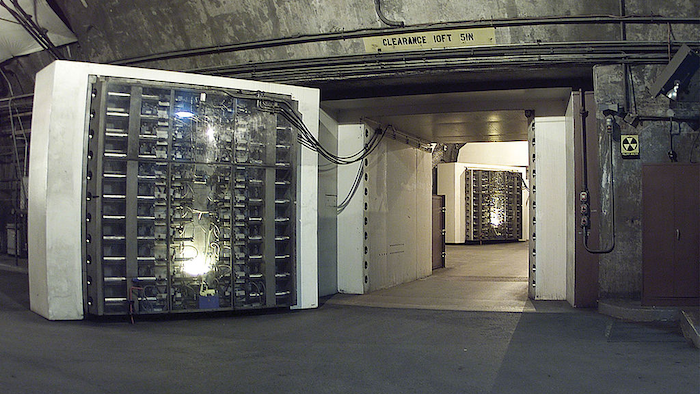 The U.S. Department of Defense has sent out a bevy of big contracts, including a colossal $700,000,000 deal for Raytheon Technical Services Company.

Raytheon received the indefinite-delivery/indefinite quantity Air Force contract to work on the North American Aerospace Defense Command Cheyenne Mountain Complex. According to the Department of Defense, the award was giving due to a competitive acquisition.

As part of the program, sustainment services and products will be provided by the contractor in order to care for the Integrated Tactical Warning/Attack Assessment (ITW/AA) and Space Support Contract covered systems. The program will give ITW/AA leaders timely warning and attack assessments of threats through the air and space in addition to missile dangers.

Raytheon nabbed a second, albeit much less valuable modification to a foreign military sale sole-source contract worth $8.2 million. The purpose of the Army contract is to repair and return PATRIOT missile parts. Work on the project will be conducted in Andover, Mass. And is expected to be completed on Dec. 31, 2016.

According to the Department of Defense the contractor “will execute requirements for Fiscal 2015 LVPS in support of the launch vehicle configuration of one National Reconnaissance Office (NRO) Atlas V 401, one Atlas four-meter payload fairing (PLF) three-foot plug, and West Coast transportation for one NRO Atlas V 401 launch vehicle.”

As part of the work, mission-specific commodities will be provided to support various missions including the Air Force Space Command 5, NRO Launch, and Global Positioning System IIF-11.

United Launch Services’ work will be conducted at Centennial, Colo.; Decatur, Ala.; Vandenberg Air Force Base, Calif.; and Cape Canaveral Air Force Station, Fla. The work should be completed by Sept. 28, 2018.

Northrop Grumman Systems Corporation was gifted two contracts with a total value of just under $25 million.

The most lucrative of the contracts is a $15.2 million modification to a cost-plus-fixed-fee-contract that supports the Program Officer Land System’s Ground/Air Task-Oriented Radar (G/ATOR) program. The purpose of the modification is to put in place a change order to the computer program reliability plan’s second phase. The modification is made within the framework of the initial contract.

Just under $4.5 million in research, development, test and evaluation funds will be assigned at the time of the award. The majority of the work (82 percent) will be performed in Linthicum Heights, Md. The remaining work will be conducted in Syracuse, N.Y. All labor should stop by Dec. 31, 2016.

Northrop’s second deal, a $9.6 million cost-plus-fixed-fee and firm fixed-price Air Force contract, is purposed for Defense Support Program (DSP) satellite constellation sustainment. The contractor will provide DSP sensor support, anomaly resolution, mission threat analysis, infrastructure maintenance, and training. All work should be wrapped up by Oct. 1, 2015 and will be performed in Azusa, Calif.

Boeing Company was awarded a $21 million modification to a cost reimbursement Navy contract. As part of the modification, Boeing will be tasked system development and testing work which should resolve issues with the P-8A Poseidon Test aircraft.

The project will require a $19.9 million research, development, test and evaluation funds obligation at the time of the award.

Most of the project’s work will be divvied up between Huntington Beach, Calif. and Seattle, Wash. All remaining work will be conducted in Patuxent River, Md. All labor should be finished by March 2017.