"Global influences in the market like reduced steel prices, unfair trade, imports and fluctuating oil prices, continue to have an impact on the business." 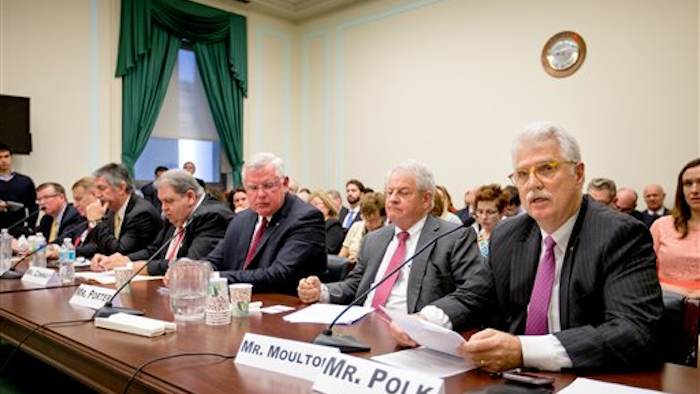 "Total and finished steel products imported into our market by heavily subsidized, command economies increased year-to-year between 22 percent to 90 percent," explained Longhi. "The last time we were at these levels, nearly half of American steel companies disappeared. Today, across the country, once again, mills are idled. Plants continue to be shut down. American workers are laid off."

U.S. Steel is one of the companies currently experiencing idled plants and laid off workers. The company recently announced that they would be temporarily shutting down their Granite City, Illinois plant. Which will result in 2,080 workers being laid off.

"The consolidation is a result of challenging market conditions that reflect the cyclical nature of the industry," the company said in a statement. "Global influences in the market like reduced steel prices, unfair trade, imports and fluctuating oil prices, continue to have an impact on the business." Which is just what this Congressional Steel Congress was called to address.

In fact, Longhi asked legislators to include new standards for material injury under Trade Promotion Authority. According to the Pittsburgh Business Times, Longhi claimed that for too long the focus has been placed too heavily on operating margins alone as a proxy for injury.