As tensions between Russia and the United States continue to increase, global businesses will face disruption and, for some, opportunity. 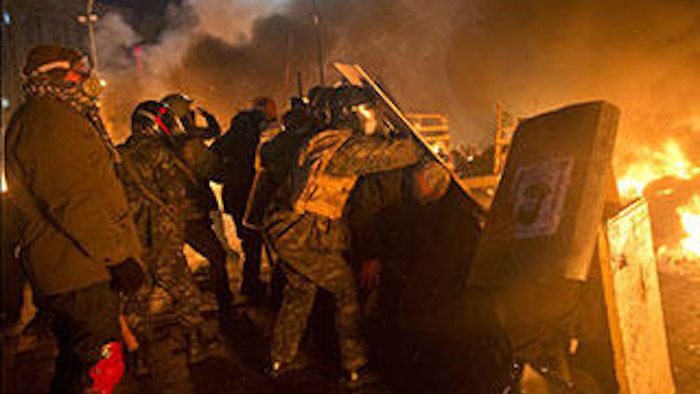 This week, U.S.A. Today reported a plummeting of orders for some exporters to Russia, as businesses began to feel the immediate effects of the recent political standoff over Ukraine’s Crimea region. According to the article, U.S. exports to Russia reached $11.2 billion last year, or just 0.5 percent of total U.S. exports, but they've nearly doubled since 2010. This has created some stalling business for companies that export regularly to the region. Specifically:

“Radi Al-Rashed, CEO of International Chem-Crete Co. of Dallas, says that two weeks ago his dealer for Russia and Ukraine placed on hold a $432,000 order for the company's product, which is used to prevent airport runways and roads from freezing.

"We worked hard for two years to increase our exports and now we have this crisis and…we don't know what's going to happen," Al-Rashed says. A sharp drop-off of his Russian sales could cut revenue by about 20 percent, he estimates.

The Louisiana Caviar Co. of New Orleans stopped exporting to Russia entirely a couple of months ago as tensions with Ukraine grew and Russian restaurants and grocery stores abruptly cut off caviar orders.

"I just saw it as anti-American sentiment," says company owner John Burke. Russian sales made up about 20 percent of his revenue…”

This isn’t the first time global political turmoil has created swift ramifications for manufacturers and distributors. Earlier this month, Nissan was stalled by volatility in Thailand, due to unrest in the capital city of Bangkok.

Nissan, who has an 8 percent share of Southeast Asia's auto market and hopes to expand its share to 15 percent by 2016, suggested the turmoil was "just a short term issue" in the backdrop of the company's long term plans. IHS, the global information company, was not so optimistic, and predicted car sales in Thailand to drop by 19 percent to around 1.08 million vehicles this year due to the unrest and the termination of a government subsidy for first-time car buyers.

In August, Toyota, Suzuki, and GM had to halt production in Egypt when a state of emergency was declared during protests in Cairo. At the time, IHS said the risk to businesses and investors in the region had risen dramatically since 2011.

But when it comes to Russia, there are opportunities at hand, say some, though others would argue that the risks could outweigh the benefits.

According to a recent op-ed in The Washington Post, “energy politics” is at the center of the debate on how better to fight back against Russian president Vladimir Putin. The article cites Europe’s heavy reliance on Russia’s natural gas, but suggests that, as the U.S. continues to see a boost in domestic natural gas production, allowing broader exports of this commodity could be a long term boon and send a strong message.

“The economic case for allowing natural gas exports is compelling on its own. Doing so would bring money into the country and uphold the vital principle that energy resources should flow freely around the globe, making the markets for the fuels the world economy needs as flexible and robust as possible. The more major suppliers there are following that principle, the less control predatory regimes such as Mr. Putin’s will have over the market.”

The article assents that this process would take years, and some critics say that this would add stress to a process that currently has a big environmental impact. Last week, The Department of Energy gave conditional authorization to a facility in Texas to export up to 1.4 billion cubic feet a day of liquefied natural gas. The approval is needed for exports to countries with which the U.S. doesn't have a free-trade agreement, a category including major trading partners in Europe and Asia. The project, which is expected to begin exports in 2017, still needs approval from the Federal Energy Regulatory Commission.

According to the Wall Street Journal, three congressional hearings this week “will examine how the U.S. can use its abundant natural-gas resources as a geopolitical tool. Tuesday's hearings feature officials at the Energy Department, which has primary jurisdiction over this review process.”

Yet, “The Federal Energy Regulatory Commission is coming under intense scrutiny from environmentalists opposed to using natural gas and from U.S. industries that rely on it and predict its price will rise as exports increase.”

Do you agree that the U.S. should expand the ability to export natural gas? Is your business grappling with the impact of the situation in Russia? Leave your comments below.