Will Textiles Manufacturing Survive In America?

The apparel industry has long been highly competitive, and in an era where many of the country’s biggest retailers can offer a sub-$5 t-shirt, it’s clear that the complexities behind producing a typical garment have become as thick and tangled as a ball of yarn. 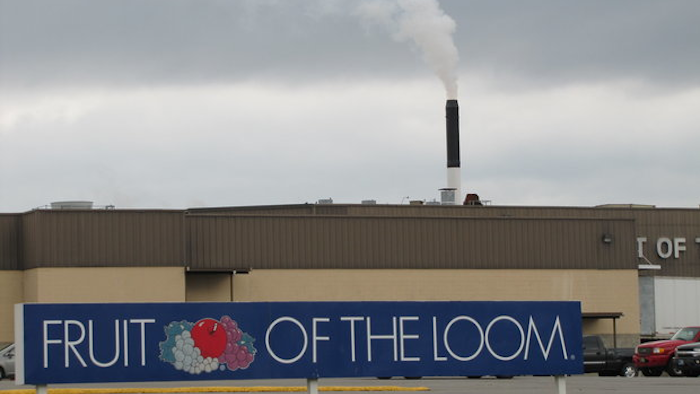 The apparel industry has long been highly competitive, and in an era where many of the country’s biggest retailers can offer a sub-$5 t-shirt, it’s clear that the complexities behind producing a typical garment have become as thick and tangled as a ball of yarn.

In the latest loss for the American textiles industry, Fruit of the Loom has announced its plans to close its plant in Jamestown, KY. Work at the facility will be moved to Honduras in an effort to cut costs, and the 601 workers in Kentucky will lose their jobs. Fruit of the Loom is just one of many textile companies who has moved production outside the U.S. Due to the high labor component in apparel manufacturing, many garment companies have responded to the appeal of the lower labor costs in developing countries. According to the National Council of Textile Organizations, 649 textile plants closed in the U.S. between 1997 and 2009.

Ironically, the New Bedford, MA textile mill that started billionaire Warren Buffett’s empire was razed in January, and even iconic brands like Levi’s don’t really produce their products here anymore. In 2012, Global Post identified the true cost of a pair of made-in-the-USA Levi’s jeans. Levi’s closed its last USA factories in 2003, and now all Levi’s jeans are stitched outside America, with the one exception being a single line of jeans produced at a factory called “White Oak” in Greensboro, NC. According to the article, the standard-issue version of these 501 jeans costs a whopping $178.

But the outsourcing option, as we know, is not always so cut and dry. The lack of regulatory oversight on things like building safety has created a big ethical question for companies utilizing workers in less developed regions of the world. Big issues facing Bangladesh’s garment industry came to light when Rana Plaza, a building housing several garment factories, collapsed in 2013, killing at least 386 workers and injuring many more.

Additionally, the landscape in places like China, where an emerging middle class has driven up labor rates, means the cost gaps continue to narrow.

Based on these factors, it’s not simply a patriotic calling that keeps some companies from running for the borders.

Last year, the New York Times profiled the sweatshirt and clothing company American Giant, whose founder Bayard Winthrop claimed that Gaffney, SC had simply become the cheaper option to outsourcing. “When I framed the business, I wasn’t saying, ‘From the cotton in the ground to the finished product, this is going to be all American-made,’ ” he said. “It wasn’t some patriotic quest.” Instead, said the Times, the road to Gaffney was all about protecting his bottom line based on quicker turnaround and lower transportation costs — and, in some cases, cheaper labor.

Alternately, companies like Diamond Gusset Jean Company, headquartered in Bon Aqua, TN, have vowed to remain 100 percent American made. A combination of tradition and innovation drives Diamond Gusset, and the company sees made-in-the-USA as a core foundation of its business. According to their website, company leaders David and Todd Hall say this strategy “has struck a nerve with the American psyche. It is a great feeling to walk into our production facility and see all the happy smiles and feel a sense purpose knowing we are part of the solution America is now facing.”

Finally, USA Today reported recently that the textile industry is on the upswing in the South, where states have been able to woo textile companies with tax breaks, reliable utilities, modern ports and airports and a dependable, trained and nonunion workforce.

What do you think? Are textiles a viable industry in the United States, or will we continue to see more outsourcing?