With the U.S. steel market being flooded with imports of pipe from South Korea and other nations, state-side manufacturers are being forced to idle or shutdown factories, putting at risk nearly 600,000 American jobs related to the industry. With so much at stake, Americans are fighting back. 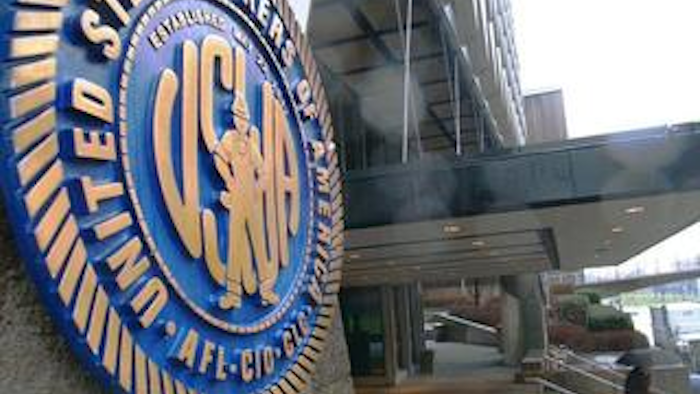 With the U.S. steel market being flooded with imports of pipe from South Korea and other nations, state-side manufacturers are being forced to idle or shutdown factories, putting at risk nearly 600,000 American jobs related to the industry. With so much at stake, Americans are fighting back.

In yesterday’s AP story it was reported that the steel industry was expected to benefit greatly from the domestic boom in oil and gas drilling. But the anticipated windfall from supplying drilling companies with Oil Country Tubular Goods (OCTG) for oil and gas pipelines is being undermined by a flood of cheap imports. American steelmakers have blamed foreign dumping for causing a severe oversupply and depressing prices.

Right now, steel imports are at record levels, totaling 28 percent of the U.S. market in May. To make matters worse for the U.S. steelmakers, this all comes at a time when steel is facing increased competition from aluminum in the auto industry.

According to an Economic Policy Institute study, global excess steel capacity is now over half a billion metric tons, more than twice the volume of excess capacity in the last steel import crisis that followed the Asian financial crisis more than a decade ago. High fixed costs, capital intensity and the large scale of steelmaking encourages state-backed producers with excess capacity to maintain production in excess of domestic demand, and export the surplus at below-market rates.

While China accounts for more than a third of global excess capacity, there is also significant overcapacity in South Korea, India and elsewhere. With more additions planned overseas and a continued slow recovery in demand, the excess capacity problem is not projected to be resolved any time soon.

It’s easy to see the impact of these imports already. In June, U.S. Steel announced that it will idle two of its facilities manufacturing tubular steel products, citing difficult business conditions created primarily by imports of tubular goods. The company’s tubular manufacturing facilities in McKeesport, Pennsylvania and Bellville, Texas, will be idled indefinitely in early August.

Steelmakers have called for new import penalties and have filed the highest number of trade complaints in more than a decade. According to the U.S. Trade Representative, there are 40 anti-dumping and injury cases pending on steel products.

In June, steel executives and politicians have stepped up their campaign against dumping, according to a blog from St. Louis Pipe & Supply. A group of U.S. senators, as well as the governor of Pennsylvania, have entreated the Secretary of Commerce to put an end to South Korean dumping. They’re not the only ones stepping up the fight though.

This Friday, a decision is expected by the Department of Commerce on whether to put new import duties on tubular steel. Yesterday, Scott Paul, president of the Alliance for American Manufacturing, showed support for the steel industry by sending out a call for action asking everyone to help out:

Jobs across the country are on the line as America's steel producers face an enormous threat from illegal foreign competition.

Tell your elected officials you're counting on them to stick up for American workers when the Department of Commerce makes its critical ruling in the Oil Country Tubular Goods (OCTG) trade case.

Since this problem began, an estimated 4,184 workers in eight states have lost their jobs to the import surge since the beginning of 2012. Nearly 1,000 steel jobs have been lost in the first three months of 2014, the Economic Policy Institute study said.

Also, check out this video from Alliance for American Manufacturing showing thousands of workers rallying nationwide to save steel jobs: