Air pollution is a big problem in China and it's blowing across the Pacific. So how is the situation being addressed? 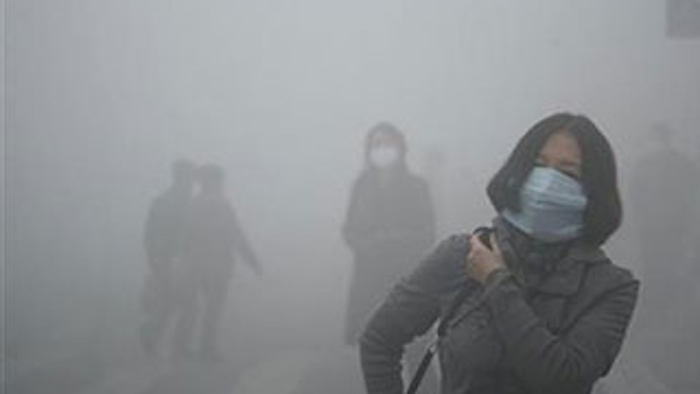 China is facing a big problem — and its name is pollution. Citizens commonly wear masks, keep their children home from school and even attack factories over the issue. But now it also appears that it’s exporting the problem.

According to a Bloomberg report, air pollution is becoming one of China’s biggest exports and reaches as far as the U.S. West Coast. The report cites a study from the University of California, Irvine that is the first to quantify how much of the pollution reaching the American West Coast is from the production of cellphones, televisions and other consumer items in China imported here and elsewhere.

“We’ve outsourced our manufacturing and much of our pollution, but some of it is blowing back across the Pacific to haunt us,” said UC Irvine Earth system scientist Steve Davis, a co-author. “Given the complaints about how Chinese pollution is corrupting other countries’ air, this paper shows that there may be plenty of blame to go around.”

What’s more alarming is the amount of black carbon pollution China is exporting. Rain doesn’t easily wash black carbon out of the atmosphere, so it can travel long distances. Like other air pollutants, it’s been linked to several health problems, from increased asthma to cancer, emphysema, and heart and lung disease.

Recognizing the massive problem and health concerns, Panasonic recently announced that it will compensate employees for living with China’s air pollution. Today’s AP story reported that the company is concerned about the "PM2.5 problem," referring to tiny particles in the air that at sufficient quantities reduce visibility and increase health risks. Payment is part of a package negotiated annually for employees in China who belong to the Panasonic union.

Progress may be slow at cleaning up the pollution problem in China, but the country is trying to do something about it. Earlier this month, Premier Li Keqiang said the government would "declare war" on pollution in the same way China had fought poverty. Smog, he said, was "nature's red-light warning against the model of inefficient and blind development."

As part of this war on pollution, China has been targeting heavily polluting industries, like steel and cement production, to curb emissions. Authorities have even torn down factories to address the situation, but without planning for economic impacts, thousands have lost their jobs in the process.

It’s good to know that China is trying to address the problem, but it may be years from now before Chinese citizens can take in a deep breath — and not through a face mask. What do you think about China’s pollution problem? Do you feel it’s a regional problem, or should countries be concerned about pollution creeping over their borders?