In Defense Of Mary Barra

The fact that it took almost a decade for the company to recall vehicles it knew had problems is disgusting. And guess what? Mary Barra agrees. 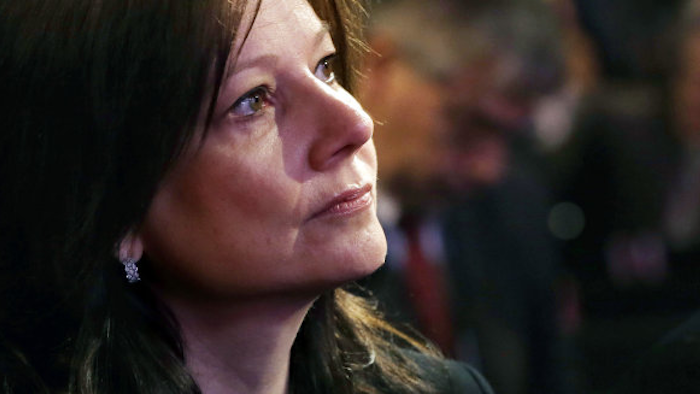 To start, I’m not defending GM. The fact that it took almost a decade for the company to recall vehicles it knew had problems is disgusting.

And guess what? Mary Barra agrees.

It’s impossible to make definitive claims about the motives of GM’s decision to ignore the ignition switch problem for so long. Much of this will come to light as the federal investigation reveals its findings, and there is sure to be plenty of judgment to cast then.

From my perspective – as an informed individual who has been following the case closely – there is no evidence that Barra knew anything about the issue. To start, the GM in question – termed the “old GM” – is not the same company that exists today. When GM filed for bankruptcy in 2009, the government took over the operation and the company leadership was purged. Barra is doing everything she can to distance herself from that overly bureaucratic company, and the company she is running – the “new GM” – is a separate beast.

It seems that her predecessors who were actually behind the scandal have thrown her to the wolves – and they’re biting.

At the initial two-day congressional hearing on the matter, Senators were quick to jump on the new CEO with a barrage of berating and leading questions. The grandstanding is hard to watch. She answered, and apologized, with a steadfast tone for the decisions that the old GM had made. She promised a full investigation and has already implemented changes to safety and recall procedures at the company.

In March, GM announced the creation of a new safety post that will oversee all recall and safety issues. Jeff Boyer, an engineer of 40-years, filled the position and will be in direct communication with senior managers and the board.

Remember that Barra has only been on the job since January 15, 2014. Not only was she not in leadership during the period in question, but she has also barely had a chance to settle into her role as one of the most powerful business people in the world.

Was she a sacrificial lamb, as some are proposing? Probably not. GM has been very open about previous CEO Dan Akerson’s reason for departure being his wife’s cancer diagnosis. Barra also said on Tuesday, that to the best of her knowledge, Akerson was not aware of the ignition switch situation.

This “sacrificial lamb” line of thinking would also require an extremely cynical and conspiratorial outlook, one that I simply don’t have.

Suggesting that Barra was deliberately made a victim is not only sexist, but it ignores one of the fundamental tenets of leadership. Senior executives have to be ready, at any time, to deal with crises. That’s why they are given responsibility, and why they are paid accordingly.

And I believe that she’s doing the best job she can under terrible circumstances. She’s unknowingly inherited a company in shambles, and it’s her job to revitalize it.

She’s been open, and as far as anyone can tell honest. She hasn’t made excuses, and she’s taken the responsibility to improve the process moving forward. As she should.

Maybe in the coming weeks and months, I’ll be eating my own words. But I doubt it. And until then, I’m standing with Mary.