Reindustrialization: Reshoring Jobs to the U.S.

The U.S. has among the lowest labor costs in the industrialized world and is awash in cheap energy, making it attractive for businesses to reshore by bringing their operations back to the U.S. In a recent survey, 54 percent of executives indicated that they are planning to reshore. 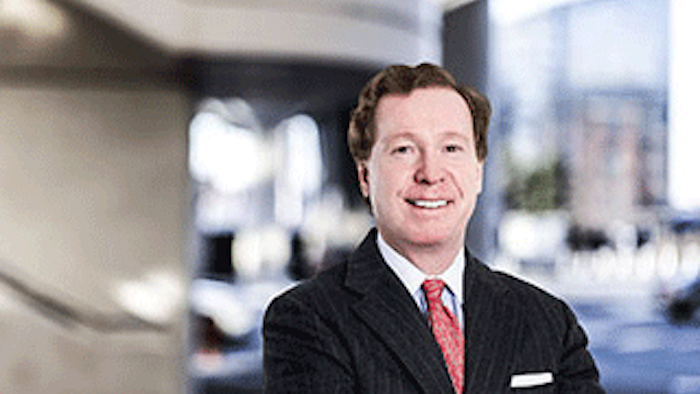 For many years and even decades, the U.S. manufacturing sector has cued thoughts of economic decline, heavy job cuts, dark “Dickensian” facilities and a hopeless outlook in collective minds. But in recent years, the foundation has been developed for the industrial landscape to improve, and a handful of buoyant factors have accomplished what had been inconceivable for many years: restored faith in manufacturing.

The U.S. has among the lowest labor costs in the industrialized world and is awash in cheap energy, making it attractive for businesses to reshore by bringing their operations back to the U.S. Businesses are expected to invest $500 billion in U.S. manufacturing in 2014, and a recent survey indicated that 54 percent of executives are planning to reshore or are seriously considering it.

While unit labor costs for all industries have risen 2.3 percent since the recession, unit labor costs for manufacturing have actually fallen 6.2 percent. In addition, in 2006 China held a $17.10 unit labor cost (calculated as a proxy, Effective Wage) advantage over the U.S. Since U.S. wages have grown even more slowly than anticipated, expectations are that the Chinese advantage will shrink to $9.20 in 2014 and $6.90 in 2015. This huge competitive advantage arises from the fact that U.S. productivity has grown sharply while real wages have hardly changed at all.

The second leg of the manufacturing reindustrialization is cheap U.S. energy. Natural gas prices have continued their divergence from prices in other industrialized nations, although there have been temporary spikes due to the unusually cold U.S. winter. Looking forward, natural gas prices are likely to experience downward pressure due to continued increases in production, providing a significant boost to the U.S. and an incentive to companies to re-shore their operations.

The last major piece of the manufacturing renaissance is currently falling into place: employment. Total manufacturing employment has grown for the last nine consecutive months, more than erasing job losses suffered from April to July 2013. While the overall U.S. unemployment rate has fallen to 6.3 percent, it has plunged to 5.2 percent within the manufacturing industry, well below the rate of 7.9 percent recorded at the beginning of 2013 and the 2000-2009 average of 6.6 percent.

As a result of continued favorable labor and energy trends, other measures of manufacturing output are showing rebounding strength from a soft patch in 2013. For instance manufacturing industrial production has risen in seven of the past nine months.

Furthermore, expectations are that the auto sector, driven by the age of the auto fleet which is a record high 11.4 years, will continue its strong performance with sales growing 4 percent in 2014. Chemical production is expected to rebound from weakness early in 2013 to grow 3 percent in 2014, driven by the low cost of natural gas which is used as a feedstock.

Measures which are more forward-looking are also showing strength. Manufacturers’ new orders for durable goods rose at a very strong 5.9 percent rate over the past 12 months, well above the long-term average of 3.4 percent, something that bodes well for durables going forward. Total manufacturing was dragged down a bit by non-durables but still remained moderate at 2.9 percent.

The Institute of Supply Management (ISM) surveys, which can lead actual performance, indicate that the manufacturing sector expanded in May for the 12th consecutive month.  While total manufacturing and the new orders subcomponent both fell with the severe winter weather in January, the May survey registered at 55.4 percent, well above the threshold of 50 needed for growth.

The Next Steps for Reindustrialization

While a firming economy has caused the Federal Reserve to start tapering its quantitative easing (QE) program, it is likely to only have limited effects on the manufacturing resurgence. Monetary policy will remain very loose and is expected to contribute to growth in manufacturing, along with other sectors. In addition, as QE tapering drives up the spread between long-term and short-term rates, credit conditions may ease, further boosting the industry.

On the downside, QE tapering has driven up interest rates, which has in turn temporarily slowed the housing recovery. A strengthening dollar can also make exports more expensive. Lowering and flattening rates, reducing deductions and switching to a territorial tax system – which only taxes profits where they are made – could unleash that cash for productive manufacturing investment.

That point notwithstanding, low unit labor costs and cheap energy have boosted manufacturing output and employment, and are expected to continue doing so for years, reshoring jobs back to the United States.

Dan North is chief economist at Euler Hermes, the world’s largest trade credit insurance company. As the company’s economist for North America, he uses macroeconomic and quantitative analyses to help manage Euler Hermes’ risk portfolio of more than $150 billion in annual trade transactions within the region.