Lighting has experienced many changes over the years, from incandescent bulbs to compact fluorescents, however, no trend is currently as predominant as the growth of LED technology. 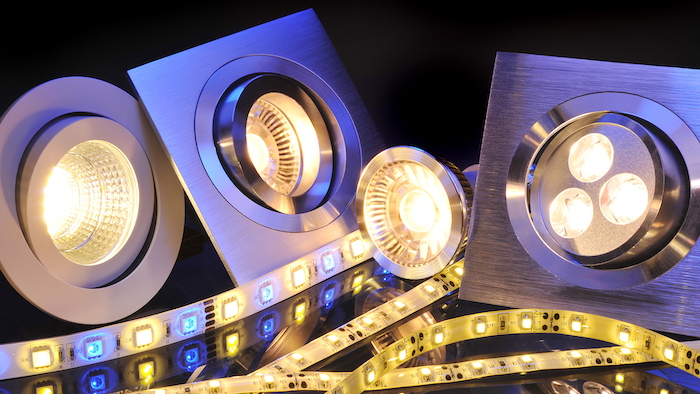 Lighting has experienced many changes over the years, from incandescent bulbs to compact fluorescents, however, no trend is currently as predominant as the growth of LED technology. In fact, it is has been nothing short of a revolution. According to the U.S. Department of Energy, by 2030 75 percent of all lights sold will incorporate LED lighting technology. Now, as LED usage increases it is important to understand why they are such a bright idea for manufacturers.

Manufacturers are always looking for ways to increase efficiency, and the answer was right above them the whole time — in the lights. LED lights are simply more efficient than other lights more efficient than other lights as LED light will convert 80 percent of the energy it consumes into light while traditional incandescent bulbs only convert 20 percent. They also reduce maintenance costs, increase reliability, improve work environments and are an overall more eco-friendly light source — making them a no-brainer for any manufacturer.

“With LED lighting there are fewer components susceptible to failure and all components have a longer rated life than that of traditional lighting,” explains Jeremy Blankenship, an Architectural Lighting Designer at Larson Electrons LLC. “They are not affected by constant on-and-off cycling, which can help reduce energy costs by lowering the length of time the lights are in use without shortening their lamp life. This lessens maintenance costs significantly, and reduces down time within the work environment.”

Unlike traditional lights, LED lamps do not contain mercury and are typically constructed with recyclable parts. This eliminates the need for special disposal and helps a manufacturer avoid unnecessary pollution. They are also often constructed without glass components, which increases the durability of the light substantially. It also negates the risk of injury due to glass breaks and the lost time spent cleaning up broken glass.

In terms of electrical efficiency, LEDs just consume less electricity. “When replacing a 400 watt metal halide fixture with a 150 watt LED fixture, it would appear that it’s a 62.5 percent savings in electrical consumption,” says Blankenship. LED fixtures can also be designed to provide only the wavelength of light necessary for any given job, which results in little to no wasted light or energy and increases the overall efficiency of the system as a whole.

Another reason LEDs are so attractive to manufacturers is the effect that they have on working environments. Higher wattage lamps — such as metal halide and high pressure sodium lighting — emit a large amount of light, but they also produce a vast amount of heat which can make a work area uncomfortably warm.  On the other hand, LED lamps produce significantly less heat, in fact, Blankenship calls the heat virtually nonexistent, which helps to eliminate heat related fatigue.

LED light also mimics natural daylight which can help to maintain a more attentive and concentrated workforce. “The human body is designed to be attentive during the daytime hours when the sun is high,” says Blankenship. “This can be an issue for employees who are exposed to artificial lighting. By offering color temperatures resembling natural daylight, LED manufacturers can help improve efficiency within the work force.”

Another interesting trend taking place in regards to LED lighting is the development of dimming technology. Dimming capabilities are becoming more important to users, and the technology is following demand. “Everyone wants to be able to dim lights now. With LEDs, this has become possible and now everyone is on board and wanting to venture into the world of dimming” adds Blankenship.

A final trend taking place in the world of LED lighting is affordability. In the past LED lights were significantly more expensive than traditional lights, so making the switch could be daunting. But now it is becoming much more affordable to choose LED lights. In fact, companies can even lease them. Patrick J. Clouden, CEO and Co-founder of Consumer Energy Solutions, Inc. is a huge proponent of the idea.

Clouden explains, “There is financing available and there are companies that have realized that this equipment is good. As long as a buyer has good credit they can qualify to lease a LED lighting program. By doing that a company can cut up to 30 to 50 percent off of their lighting bill. It’s changing the status quo.”

LED lighting is the way of the future according to Clouden, and he couldn’t be more right. LEDs provide a lighting resource for manufacturer’s that is not only more efficient, but it reduces downtime, maintenance costs, increase reliability, improves work environments and is more eco-friendly. It is the logical lighting choice, and it is getting even more foolproof with new technologies that make them more attractive to consumers and programs to make them affordable. It is like Clouden says, “People are going to have an ‘AH HA’ moment when they realize the benefits of LED lighting.”