The Internet of Things: Brooms Coming to Life

In Walt Disney's Fantasia, the fate of the enchanted broom, the tale’s forgotten hero, is a rich allegory with modern flavors. It provides a helpful departing point for a reflection on the surging Internet of Things (IoT). 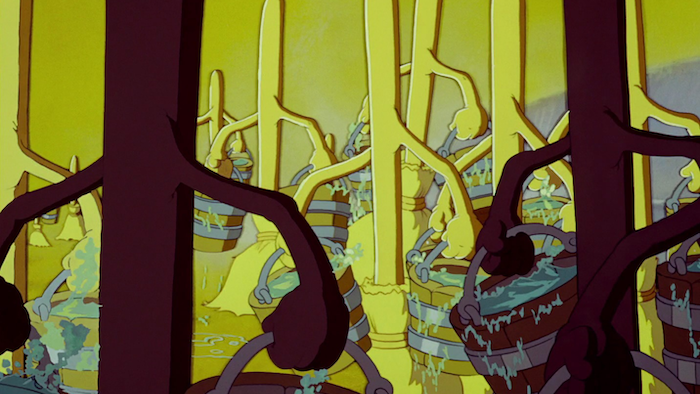 Walt Disney’s genius was never better evident than in his animated film Fantasia through which he introduces many young generations to the endearing charm of classical music. Inspired by a ballad by Johann Wolfgang von Goethe, the Sorcerer’s Apprentice, Paul Dukas’s symphonic poem, is probably one of the musical segments of the movie that is most often and fondly remembered. Motion, color and music are artfully coordinated to depict the travails of the unlucky apprentice who elicits pity and sympathy. However, the fate of the enchanted broom, the tale’s forgotten hero, is a rich allegory with modern flavors. It provides a helpful departing point for a reflection on the surging Internet of Things (IoT).

The story is well known. It is a cautionary tale about a magician’s apprentice, “very anxious to learn the business” who “started practicing some of the boss’s best magic tricks before learning how to control them” and ended up in all kinds of trouble for being unable to conquer the forces he had playfully unleashed. The misdeeds start with the apprentice injecting life in a broom to perform the chore that he had been asked to do, i.e., carrying water to fill a cauldron. In short, an inert object is “activated” to supplement human limitations. It is not hard to see the analogy with IoT. Isn’t it, after all, about converting an everyday thing, heretofore lifeless, into something which can communicate and possibly work some kind of task, however minute, assigned to it?

Much is rightfully made of the connected car, remote health care, smart manufacturing, and electronic home including smart meters and security as exemplary use cases in IoT. Undoubtedly, they are at the vanguard of the IoT revolution. But most of the related applications rest on equipment and appliances that have already some kind of technological sophistication. Their impact is somewhat intuitive.

The huge societal shift that IoT is in the process of bringing about will materialize in earnest once a massive number of seemingly casual objects come to life and become interconnected. The critical importance of this paradigmatic transformation was certainly not lost on the participants in the recent U.S. Federal Trade Commission Workshop on “Internet of Things: Security and Privacy in a Connected World.”

We recall that the tale takes an unfavorable turn for the apprentice who loses control of his janitorial tools and becomes overwhelmed by the rapidly growing army of broomsticks. Their cadenced and unstoppable march is beautifully highlighted by the relentless rhythm of the music. The size of the group of resolute brooms is now, in and of itself, a major problem for the helpless apprentice who cannot solve this unexpected challenge. Facing certain death, he is saved at the end by his master who brings things back to normal.

Likewise, scale will generate non-trivial issues for IoT. We are aware that they are bound to arise but we do not really know what they are going to be. We are surrounded by so many everyday objects, in addition to those at the micro- and nano-levels (the domain of the so-called Internet of Nano-things), and “virtual” things that exist in digital format (e.g., e-tickets and electronic purses), that it is not difficult to believe that the number of IoT interconnections could dangerously reach a concerning size.

Given the potential cascade of catastrophic consequences, how should society deal with the possible attachment of unsophisticated objects to the global IoT network? Should they justify a distinctive treatment, especially in the area of security and privacy? Going back to the Sorcerer’s Apprentice, the exponential complications unfold because the magician (sorcerer)’s hat was not secured in the first place!

IoT is already here. It is so discreetly pervasive that it has been characterized as the “silent intelligence.” The debate is not whether this may or not be allowed to exist. It would be the wrong discussion. The issue is about understanding and interweaving IoT’s many dimensions, including technology, business, and policy to channel its growth into a direction that benefits its multiple stakeholders.

As the Sorcerer’s Apprentice poetically underscores, through IoT, anything can become something. This possibility is central to the IoT debate. Unlike in Fantasia, no magician is available to break the spell with a simple magic formula if things get out of hand. Therefore, not only is it time for a careful evaluation of the risks vs. rewards trade-offs resulting from the activation of everyday things, but also, for progressively, and as a matter of course, inserting modeling, simulation, emulation and optimization calculations and processes in any IoT solution development to shed light on the road to be traveled.

Alain Louchez is the Managing Director of the Center for the Development and Application of Internet of Things Technologies (CDAIT), Georgia Institute of Technology, Atlanta, Georgia, United States. Chairman of the Steering Committee for the international Workshop on Internet of Things organized by the International Telecommunication Union (ITU) on February 18, 2014 in Geneva, Switzerland.