Making The Best Of Breakdown In Manufacturing

More and more production and fabrication work looks like it is coming back to developed economies, so how can countries take advantage using unpaced production lines? 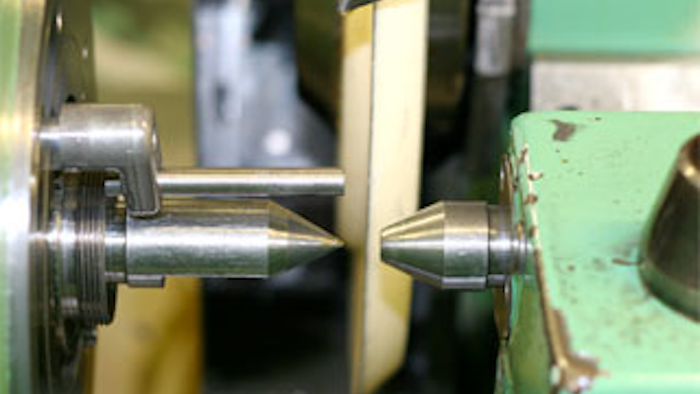 While many manufacturers are still feeling the negative effects of the Great Recession of 2008, it appears that there is a growing new trend. More and more production and fabrication work looks like it is coming back to developed economies. There are several factors behind this new phenomenon. One is rising wages in China. Recent estimates by The Boston Consulting Group (BCG) have China’s labour costs going up by 15 to 20 percent a year. Recent rioting at Foxconn, a giant Chinese contract manufacturer, has shown just how much discontent is growing in China. More and more workers are demanding better salaries working conditions and treatment, all of which put upward pressure on costs.

According to BCG, one possible effect of these trends could be an increase in the competitive position of the United States. They argue that by the end of this decade, the US could undergo another industrial revolution, as the difference in wages between the lowest paid American workers and the highest paid Chinese workers gets smaller and smaller. As a result, in such diverse areas as computers, transport, machinery and fabricated metals, 10-30% of what America used to import from China could be made domestically by 2020. This could add anywhere from $20 to $55 billion a year to US output.

But what can manufactures do to best take advantage of these possible opportunities? For several years we have been investigating possible ways to improve the performance of production facilities, mainly those that employ manual (or unpaced) production lines.

In these types of production systems, operators are free to work at their own speed, passing their partially completed work pieces onto the next station, often by hand; though in some cases there may be some limited form of mechanical assistance. In between each pair of stations there is usually allocated some space for the temporary storage of work in process.  This avoids the need for an operator to stop due to a lack of available work (a condition known as “starving”), or the need for an operator to pause because they cannot pass on their completed work piece (a situation known as “blocking”). It is these inter-station storage spaces that allow workers to process items without being greatly affected by what is going on upstream or downstream. This worker independence is known as “asynchronous” production.

Unpaced lines usually have a certain degree of “imbalance.” What this means is that each work station takes a different amount of time, on average, to finish some required task.  The reasons for this are many. One could be the type of work people are doing. Quite often it is difficult to break down tasks in a way that each step requires the same amount of work and effort. Therefore, some stations might have more complicated assignments and thus require more time than others. Also, people by their very nature have differing levels of skill, motivation, education, and ability. In addition to different average completion times, operators can also have differing ranges of completion times. Unlike robots, people speed up or slow down naturally over their day, and though the average time to complete a task might stay the same, if we took a snapshot at any particular time, we would see quite a variation. Studies have shown that the rates at which operators process items can vary by as much as 66%. This variability is measured by the coefficient of variation, or CV.

This slowing and hastening of task times introduces variability into the production line, but is not the only source of variability. Another major problem that line managers have to deal with is breakdown, and the time it takes to get a workstation operating again.

Intuitively, many production managers believe that unbalance is a negative thing and must be corrected at all costs. A considerable amount of time, money and effort can be spent on bringing a line into balance. But is a balanced line necessarily a good thing? Our research shows otherwise.

Many production managers could be well placed to benefit from this expected rebirth in industrial manufacturing. They can gain a possible distinct advantage by utilizing the imbalance that might already exist in their own production facilities. The question we asked was, “can performance in lines that suffer breakdown be improved by properly allocating variable workers?”

A series of experiments were done using simulation on manual unpaced production lines, in which the workers had differing levels of variability (CV). We incorporated station breakdown so as to duplicate real life operating conditions as closely as possible. We assumed that workers fell into one of three classifications. That is to say, an operator could be considered as steady, variable, or highly variable, depending on his/her CV.

Four different policies were looked at regarding the placement of variable workers in 5 and 8 station lines, and the amount of space available for inventory was also varied at 1, 2, 4 and 6 units, allowing us to look at whether having more space would absorb the ill-effects of variability and breakdown. The 4 policies were as follows:

The main goal of the study was to determine which pattern (if any) of worker placement would result in the best improvement in performance according to: 1) increased throughput rate (TR), 2) reduction in overall average worker idle time (IT) and 3) reduced inventory or average buffer level (ABL).

Contrary to what many production managers might have thought, improved performance was achieved by deliberately unbalancing the variability of the line. The pattern that gave the best results was a CV bowl arrangement, i.e. having the steadiest workers in the center of the line and more variable workers toward both ends of the line. Allocating workers in this fashion resulted in increased production rates, lower average idle times and lower average buffer levels.

Just how good were the improvements? For TR, it was found that in certain instances an increase of almost 3% was possible, with a corresponding decrease of over 13% in average worker idle times being achieved (as compared to a balanced line). ABL results were even more promising in that it was found that, on occasion, an almost 68% reduction in ABL was possible through a CV bowl arrangement of workers.

A word of caution must be sounded, however, to any production manager wishing to employ these imbalance methods into his or her facility. While improvements were found to exist from using the best patterns, serious deteriorations in performance were found from using inferior patterns of imbalance. As always, conditions and results will vary. But we believe that the opportunities for improvement, and thus a competitive advantage, are too great to ignore.

“Made in the USA, Again: Manufacturing Is Expected to Return to America as China’s Rising Labor Costs Erase Most Savings from” The Boston Consulting Group, May 5, 2011, Press Release – Accessed at: http://www.bcg.com/media/PressReleaseDetails.aspx?id=tcm:12-75973

Shaaban, S., McNamara, T. and Hudson, S. (2013) “The Effects of Unbalancing Operation Time Variability on the Performance of Unreliable Lines”. Accepted in the Journal of Manufacturing Technology Management. Forthcoming.