Environmentalists Kick up Dust at Fracking Industry in Drought-Stricken California

California is choking on a worsening drought and needs more hydration. Fracking uses lots of water. Ergo, fracking must be making the drought worse. Right? Not necessarily, many are saying. 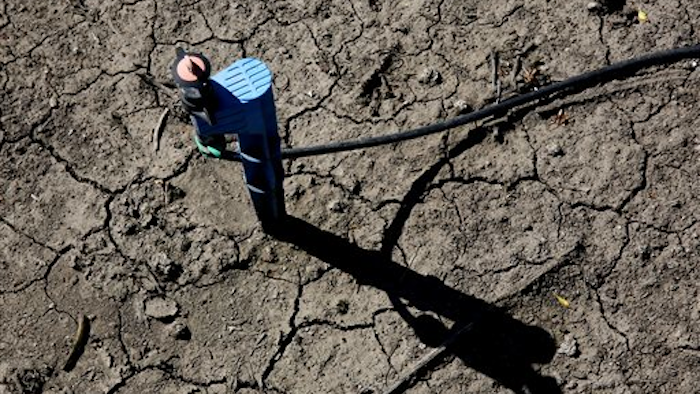 The argument is simple enough. California is choking on a worsening drought and needs more hydration. Fracking in the state uses lots of water. Ergo, fracking must be making the drought worse.

Right? Not necessarily, many industry experts are saying.

After Gov. Jerry Brown issued a mandatory crackdown on resident's personal water usage on April 1, many were quick to question whether the state's industries — including its mega agriculture sector — should be forced to cut back, too. When every drop of H2O is being scrutinized it was only a matter of time before fingers were pointed at fracking.

Then recently, data surfaced to support that line of reasoning. In a story that broke on Reuters, “state officials” reported that fracking used 70 million gallons of water in 2014.

Clutching to that figure, an advocacy group called Californians Against Fracking, ran to Twitter to release a post declaring: “Easy way to save water during California’s drought: Stop fracking. Oil industry wastes 2 million gallons of water each day in California.” A swarm of angry tweets from other Californian residents followed suit.

But have environmentalists pinned their gripes on the right villain? Many are saying they might be way off the mark.

Firstly, when the math is dissected, fracking water usage looks less like a tidal wave and more like a few drops in the desert. Although 70 million gallons sounds like a lot, in the same Reuters report, the state’s oil and gas supervisor put it into perspective this way: “Hydraulic fracturing uses a relatively small amount of water — the equivalent of 514 households annually.”

Another report said the same amount of water could be saved if just 10 percent of Californians skipped one shower a year.

A writer for Breaking Energy also pointed out that the Abengoa Mojave Solar plant is authorized to use way more than 70 million gallons — 10 times that amount, in fact — to cool the exhaust steam from its turbines.

But Californians Against Fracking have said it’s an unfair comparison because the water used in fracking is so contaminated it can’t be recycled for use in any other way. They also take issue with the potential for fracking expansion in the state and how the oil and gas industry might continue to use even more.

Despite the intensified pressure from anti-frackers Gov. Brown, has shown no indication that he’s considering a ban on the practice.

Meanwhile, plenty of other culprits have been blamed for the state’s worsening drought. One biggie is climate change, which a team of scientists reported is triggering extreme atmospheric high pressure and thus, low precipitation. Some have criticized the state for not properly catching water during the rainy season to be used when the weather is dry. While others have said more should be done to conserve resources used in California’s giant agriculture industry, which consumes about 80 percent of the state’s water.