Monika Scislowska
This Tuesday, Nov. 19, 2019 file photo shows the Turow lignite coal mine and Turow power plant near the town of Bogatynia, Poland. European Union's top court has on Friday, May 21, 2021 ordered Poland to immediately stop extracting brown coal at the Turow mine on the border with the Czech Republic and Germany. The Czech Republic filed in March for an injunction, saying the mine drains away water from its inhabited areas.
AP Photo/Petr David Josek, file

WARSAW, Poland (AP) — The government leaders of Poland and the neighboring Czech Republic held intensive talks Tuesday in an attempt to solve a years-long dispute that resurfaced recently over a Polish coal mine .

The Czech government says the brown coal Turow mine, located in southwestern Poland, near the Czech and German borders, is draining groundwater from communities and causing other environmental harm to Czech citizens.

It took the case to the top European Union court, which last week issued a temporary injunction ordering Poland to immediately halt coal extraction at the site pending the court's full ruling.

But Polish authorities are defying the order, saying they cannot close the mine because doing so would lead to power cuts for millions of Poles, suspend the operation of industrial plants and eliminate tens of thousands of jobs. The mine directly fuels a power plant that produces up to 7% of Poland's energy.

The dispute underlines coal's potential as an irritant in relations among EU nations as the bloc seeks to reach an ambitious goal of becoming carbon-neutral by 2050. Poland has made some progress toward developing green energy and closing coal mines, but the process has been slow and hampered by the country's historic dependence on coal to heat homes and power industry.

The Polish decision to keep extracting beyond 2030 also means that the region around Turow will lose out on its share of the EU's multibillion-euro “Just Transition” fund, aimed at supporting communities which transition from coal to green energy.

Polish Prime Minister Mateusz Morawiecki and Czech Prime Minister Andrej Babis discussed the Turow issue during an EU summit in Brussels on Monday and Tuesday, and other officials from their governments were negotiating elsewhere.

“There’s no deal done yet (with the Polish side), but I expect to have it soon,” Babis said Tuesday.

He insisted that, even then, the lawsuit will not be withdrawn, as hoped for by Poland.

Speaking at Turow, Poland's minister for state assets, Jacek Sasin, said Tuesday that a framework for an agreement has been worked out to address Prague’s concerns and to secure joint funds for local environment needs. Reports said Poland would invest some 45 million euros ($56 million) into environmental protection there, and will speed up construction of a screen in the earth to prevent water drainage.

Sasin stressed there was “no talk of closing operations at Turow mine,” arguing that carrying out the EU court's order would be a “disastrous blow for Poland's energy, for Poland's economy.”

Some critics in Poland said the government has not done enough to nurture relations with Prague over the years to prevent the Czechs from seeking the EU court’s injunction.

Meanwhile, some Poles planned to carry out a blockade along the Czech border on Tuesday afternoon to protest what they consider a harmful decision to close the Polish mine.

Poland argues it is not being treated fairly because the Czech Republic and Germany operate a number of lignite mines close to Poland's borders without facing conflicts.

Some 48% of Poland's energy comes from hard black coal and 17% from softer and more polluting lignite, or brown coal. Another 25% comes from various renewable sources and biofuels, and 10% comes from gas and other sources. 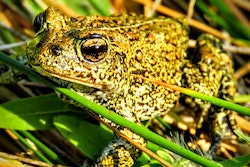