Last year, more than 800,000 people were left in the dark during an intense heat wave. 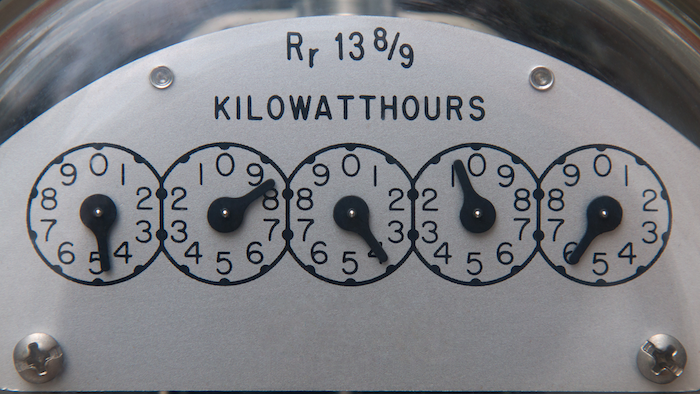 SAN FRANCISCO (AP) — Utilities will be allowed to buy extra energy and pass on the costs to customers in order to avoid a repeat of rolling blackouts that kicked in last summer when demand outpaced supply, California regulators said Thursday.

The California Public Utilities Commission voted unanimously to authorize Pacific Gas and Electric, Southern California Edison and San Diego Gas & Electric Company to purchase additional power in the next three months. "Customers deserve a reliable grid, and they deserve a regulatory body that will be mobilized to do everything in its power to ensure that we have one," commission President Marybel Batjer said.

Last year, more than 800,000 people were left in the dark during an intense heat wave on August 14 and 15 after the California Independent System Operator, which manages the state's power grid, ordered the first widespread rolling blackouts in nearly 20 years. The state's three biggest utilities turned off power without prior warning for about an hour at a time until the emergency declaration ended. Gov. Gavin Newsom demanded an investigation after the outages.

A January report by energy regulators blamed the blackouts on poor planning, an extreme heat wave that blanketed the West, and energy market practices that allowed desperately needed power to be exported out of state at the peak of the heat wave. Critics pointed out that the Public Utilities Commission has yet to clearly say why the energy consumers had paid for was not available last year and what regulators will do to keep utilities accountable.

"California consumers are being asked to pay for something and the terms of what they're paying for are kept secret and then, when the contract isn't fulfilled, any penalties assessed are kept secret as well. That seems to be fundamentally unjust," said Thomas Popik, president of the Foundation for Resilient Societies.

Others who spoke during public comment session said they worried the rush to get more power capacity by the summer could lead the state to pay utilities to buy more fossil fuel energy when California is trying to move toward more clean energy sources. "We really don't envision long-term gas contracts resulting from this authorization, except perhaps in very narrow, unexpected circumstances," said Commissioner Clifford Rechtschaffen, addressing those concerns.

The regulators also voted unanimously to require utilities to provide 72 hours of backup power to landline phone and internet service during power outages. The decision follows an order by the Public Utilities Commission last year requiring three days of backup power at cell towers in emergency situations, including electricity shutoffs during fire seasons.

One in every five 911 calls is still made using a landline telephone, and landlines are often concentrated in hard-to-reach rural areas, Rechtschaffen said. These areas "lack access to wireless services and are often the most vulnerable communities during emergencies. That underscores the importance of what we're doing," he said.

The Public Advocates Office, the independent consumer advocate at the commission, applauded the regulators' decision but raised concerns the 18-months deadline could hurt residential customers. "Everyone should be able to rely on their phones and internet during power outages, regardless of where they live or what kind of phone technology they have," said Elizabeth Echols, director of the Public Advocates Office.