He was the nation's highest paid federal employee in his first six months on the job. 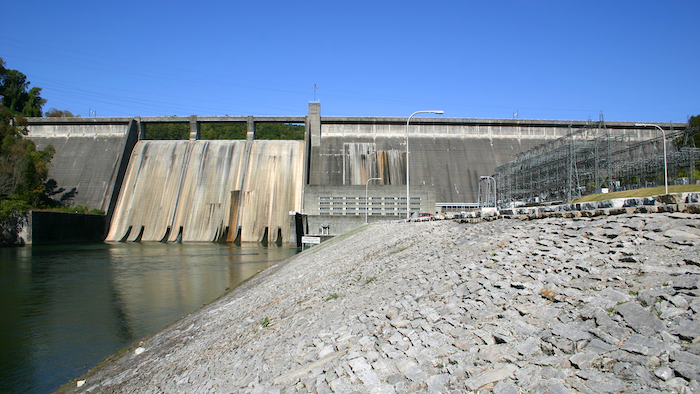 NASHVILLE, Tenn. (AP) — The Tennessee Valley Authority has hired a new independent consultant to take a fresh look into its executive compensation after President Donald Trump earlier this month blasted the CEO as being “ridiculously overpaid," the federal utility's board chairman said Thursday.

At a virtual meeting, the board announced that hiring a new consultant, Erin Bass-Goldberg of FW Cook, would be one of multiple steps taken after Trump put the agency in his crosshairs. Trump fired the former board chairman and another board member earlier this month and called for the CEO's replacement and the position's pay to be capped at $500,000.

The board also provided more detail about plans to reverse course on the hiring of foreign labor for information technology jobs, which piqued Trump's interest enough that in early August he invited the workers who would be replaced to the White House.

With the pay-scale review in place, CEO Jeff Lyash could have a breather from Trump’s wrath. Results are expected before TVA's November board meeting.

The TVA Act in federal law already requires hiring an independent consultant to review executive compensation, Board Chairman John Ryder told reporters. But the utility is switching up firms to provide a “new set of eyes on the problem,” he said.

“We have reported that back to the White House and the indications we have is that we are approaching this in the right way,” Ryder said of the pay review.

In his first six months on the job, Lyash’s compensation was $8.1 million, making him the highest paid federal employee, albeit at an organization that doesn’t use taxpayer funding and relies almost entirely on electric rates.

The pay complaint isn't indicative of Lyash's performance, Ryder said, adding that the executive has been “outstanding."

As one highlight, TVA on Thursday announced a $200 million pandemic relief credit, equivalent to a 2.5% base electric rate cut for industry customers and local utilities served by TVA that starts in October and goes through the 2021 budget year. Local power entities will decide how to apply the savings, ranging from cutting rates to covering uncollected payments for people struggling to cover their bills, Lyash said.

It's still too early to say if any change to CEO compensation would require a change of the TVA Act, Ryder said. The federal law requires TVA to pay competitively with other major utilities. TVA has said its top executive compensation falls in the bottom 25% of big utilities.

Lyash said he too supports the review. He also noted the complexities of running the largest U.S. public utility, which was created in 1933 under the New Deal to provide electricity, flood control and economic development to Tennessee and parts of surrounding states.

“You want to pay to get the right talent, but not a dollar more than you must," Lyash said.

The total compensation for the CEO position in 2019 was $15.1 million, split between Lyash and the remaining work of former CEO Bill Johnson. Lyash’s package includes a $920,000 annual salary and various pension and performance incentives that sweeten the deal by millions of dollars.

TVA's plan to outsource 20% of its technology jobs to companies based in foreign countries caught the eye of Trump through a TV ad in July. TVA was quick to rescind the plan in the wake of Trump's high-profile White House gathering with the IT workers who were set to lose out in the change. Lyash and Ryder also had their own meeting at the White House.

Ryder said Thursday that the workers will remain TVA employees and will return to their IT jobs if they wish. TVA also has provided notice to cancel contracts for IT work with four firms, with those jobs being performed by TVA workers going forward, Ryder said.

Addressing the scrapped outsourcing plan, Ryder admitted TVA “made mistakes," and Lyash said “we may not always get things exactly right.”

“We have taken additional steps to ensure that all of TVA's contractors and supply chain partners share our commitment to emphasize opportunities for American workers,” Ryder said.