Workers simulated the shutdown on Tuesday of the Pilgrim Nuclear Power Station, just days before the plant will stop producing energy after 47 years of operation. 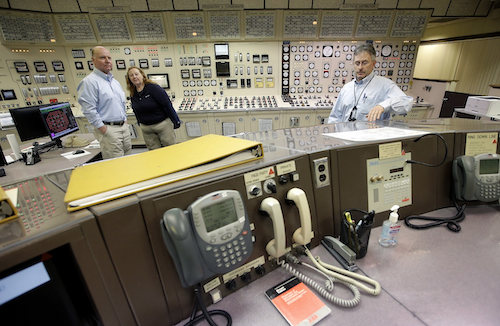 Workers simulated the shutdown on Tuesday of the Pilgrim Nuclear Power Station, just days before the plant will stop producing energy after 47 years of operation.

On Friday, a team of workers will begin the process of reducing the plant's power output from the current 40% of its capacity to zero.

The final process will occur over about a five-hour period in a 1970s-era control room that contains hundreds of levers, gauges, lights and buttons.

During the simulation, workers at the plant in historic Plymouth, Massachusetts, traded commands about which knobs to turn and buttons to press to safely shut down the reactor as alarms sounded and lights flashed.

Shutting down the reactor is the first step in a yearslong process of decommissioning the plant— including removing spent fuel and cleaning up the site.

Workers at the plant are eyeing the shutdown with mixed emotions.

"I'm saddened and a bit disappointed that we are shutting down," said Eleni Sampson, an electrical maintenance coordinator at the plant.

Dave Noyes, 58, a longtime Pilgrim employee who is planning to retire, said he can take pride in having helped produce non-carbon emitting power to the New England region.

"I'm very proud of what my co-workers have accomplished over the past 47 years," he said.

The plant is owned by Entergy Corp. but could be sold to another company, Holtec International, which has been buying up several retired or soon-to-be-retired nuclear plants in the U.S.

Holtec has said it could clean up the plant and demolish it in eight years instead of the 60 years estimated by Entergy. Holtec has designed a cask it says can accept spent fuel after only two years of cooling.

Spent fuel rods that can no longer sustain a nuclear reaction remain radioactive and still generate substantial heat. They are typically placed in pools of water to cool for at least five years, with 10 years being the industry norm.

The spent fuel rods will be stored initially on the site in giant cylindrical metal and concrete casks, each weighing 360,000 pounds (163,000 kilograms) and standing 18 feet tall (5.5 meters tall). The casks are designed to withstand flooding and tornado winds of up to 360 miles per hour (580 kilometers per hour).

Since the plant began operation, more than 4,000 spent fuel assemblies, each containing many individual rods, have been generated. The plant is in the process of building a separate pad on the site which can hold up to 70 casks.

The plant currently employs about 580 workers — a number that is set to be reduced to about 270 by March 2020.

At the same time, the station will reduce its emergency planning zone — which currently encompasses neighboring cities and towns in a 10 mile (16 kilometer) radius around the plant— to just the boundaries of the site itself. The zone was established to coordinate with local communities in the event of an accident at the plant. 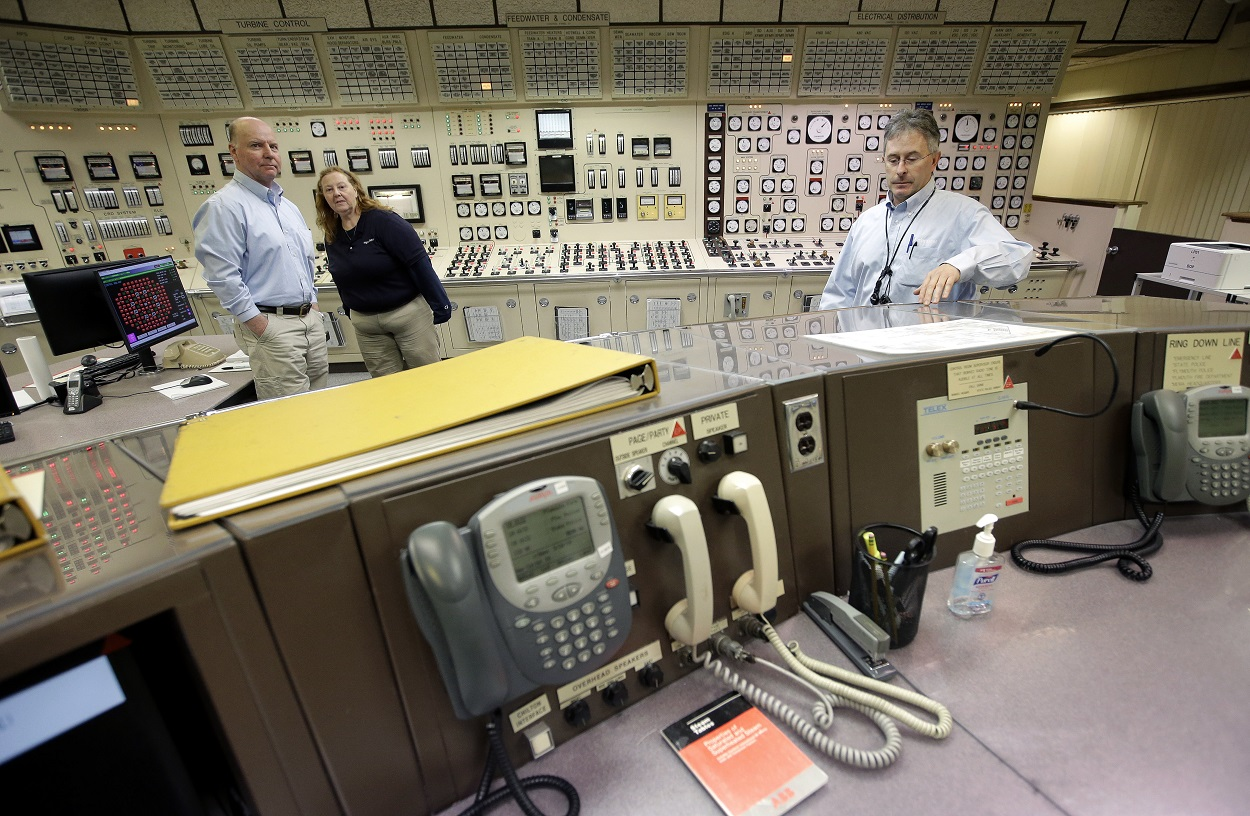