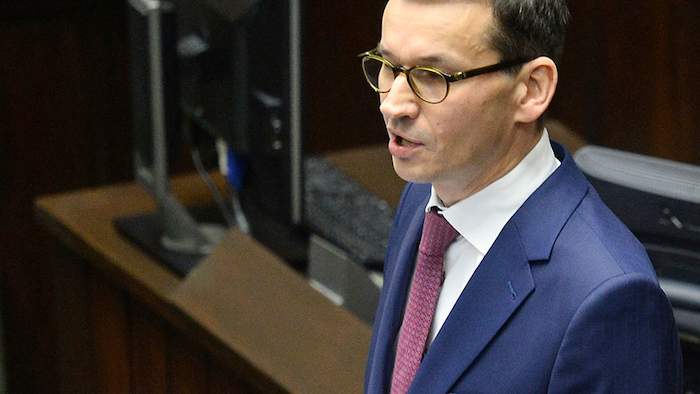 Heavily dependent on its own coal for energy, Poland is among Europe's top carbon gas emitters and is facing pressure and receiving incentives to shift toward clean energy sources that are friendly to the environment.

The European Commission said in a statement that, while observing EU rules for state aid and competition, it has approved the Polish government's plan for further development of renewable energy sources. It also approved a reduction of a levy put on high energy consumers who co-finance the plan.

The EU Commissioner for competition policy, Margrethe Vestager, was quoted as saying that Poland's plan will "increase the share of green energy in Poland's energy mix and help the country's energy transition."

Mateusz Morawiecki, who took office as Poland's new prime minister on Monday, has sent mixed messages on the topic in his policy speeches.

He bowed to the influential mining industry by saying that the government does not want to give up on coal mining, which is the driving the economy in the southern industrial region of Silesia.

But he also said that protecting the environment is a "civilizational challenge" for Poland. He said he wants to make sure that "alternative energy sources develop freely" and that natural resources are put to use.

Morawiecki has also spoken in favor of building a nuclear plant, a plan that consecutive governments have put off due to high costs and the protests of residents in the sites where it could be built in northern Poland.