Public Service Enterprise Group will close the Mercer and Hudson generation stations on Thursday as inexpensive natural gas has made it no longer profitable to run the coal plants. 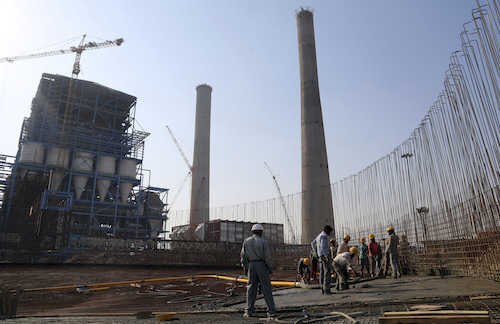 Public Service Enterprise Group will close the Mercer and Hudson generation stations on Thursday as inexpensive natural gas has made it no longer profitable to run the coal plants.

Ralph Izzo, chief executive of PSEG Power, told the Philadelphia Inquirer that the company made a bad bet on high gas prices. The company took a $555 million loss on the plant closures last year and expects to write off up to $960 million this year.

Environmentalist groups took credit for the coal plant closings. However, economic changes were the cause of the closings, according to PSEG's senior director of operations Bill Thompson.

"The way the market works, the economics don't work," Thompson said. "They're not getting shut down for equipment conditions. It's just economics," he added.

The company has a remaining coal-burning operation in Connecticut, in addition to ownership stakes in western Pennsylvania plants. Connecticut's Bridgeport Harbor plant is set to close in 2021, however.

The company acknowledges the industry's decline.

"We won't be investing in new coal," Izzo said.

The Mercer plant in Hamilton operated for only two days in January and has been inactive for 17 months.

Remaining coal is being loaded onto barges to be resold.

Most of the 200 employees between the two plants will continue working for PSEG in other jobs. Some employees chose buyout packages and will retire.