Two moderate magnitude earthquakes shook northern Oklahoma on Saturday, including one near the major oil storage hub of Cushing. 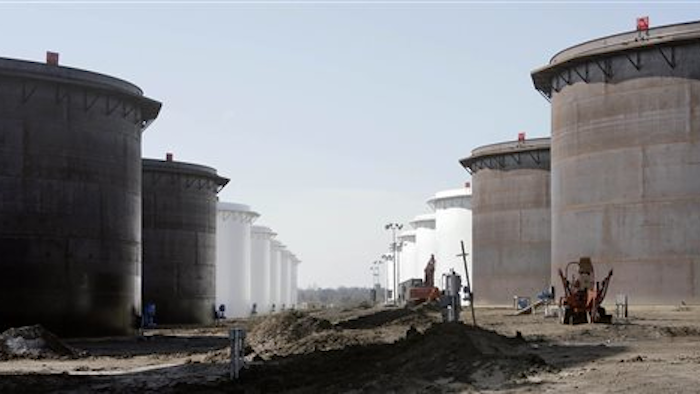 Cushing is where the world's most important crude oil storage hub is located and it is used to settle futures contracts traded on the New York Mercantile Exchange.

Bob Noltensmeyer, Cushing Emergency Manager, said he had not received reports of significant damage although there were "shattered nerves."

"This one was pretty strong," he said. "The whole house shook."

The U.S.G.S. also reported a 3.7 magnitude quake about 13 miles southwest of Medford at 10:20 a.m. and a 3.0 magnitude temblor one mile northwest of Cushing at 5:20 p.m. There was also a magnitude 2.9 earthquake recorded at 7:53 a.m. five miles east of McLoud in central Oklahoma.