South Carolina filed a lawsuit intended to keep the federal government from defunding a multi-billion dollar project to turn weapons-grade plutonium into commercial nuclear reactor fuel, saying its closure would hurt an international nonproliferation agreement and eliminate hundreds of jobs. 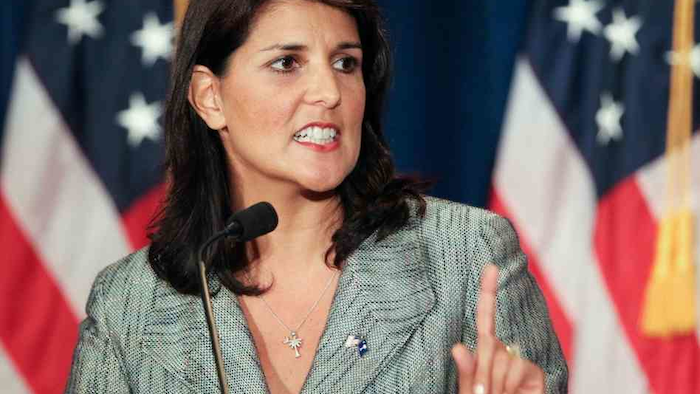 "They made a promise," Gov. Nikki Haley said at a news conference at the Statehouse, of President Barack Obama's administration. "They cannot, for whatever reason this is, decide that they are going to go on cold standby."

The lawsuit, filed Tuesday in federal court in South Carolina by state Attorney General Alan Wilson, accuses the federal government of using money that Congress set aside for building the mixed-oxide fuel project, known as MOX, to shut it down.

"The use of appropriated funds in this manner is unauthorized and violates the Constitutional and Federal law," the state said in the lawsuit, which names the Energy Department, Energy Secretary Ernest Moniz and the National Nuclear Security Administration as defendants. "Any actions of the Defendants to suspend construction of the MOX Facility in Fiscal Year 2014 should be declared unlawful."

An Energy Department spokesman did not immediately respond to telephone and email messages Tuesday afternoon.

Managed by federal government, the MOX project at the Savannah River Site is intended to help the United States fulfill an agreement with Russia to dispose of at least 34 metric tons apiece of weapons-grade plutonium — an amount officials say is enough material for about 17,000 nuclear warheads.

The plant would be the first of its kind in the United States. But, in its most recent budget request, the Obama administration proposed suspending the project, saying MOX is too expensive and that another method needs to be found to dispose of the plutonium.

Nearly $4 billion was budgeted more than a decade ago to build the plant. But construction costs have ballooned to nearly $8 billion, and federal officials now say the facility will cost about $30 billion over the years it's in use.

Talk of the lawsuit began brewing since earlier this month, when U.S. Rep. Joe Wilson — father of the state attorney general — and U.S. Sens. Lindsey Graham and Tim Scott wrote to Haley, imploring their fellow Republican to "explore any legal avenues" to keep MOX going.

On Tuesday, Congressman Wilson, whose district includes the Savannah River Site, said that the lawsuit was as much about the 1,800 construction jobs that would be lost as the international agreement with Russia.

"They're really inseparable," Wilson said, of the two issues. "This is not a great time for us to be renegotiating with the Russian government."

Haley said Tuesday that the MOX lawsuit was being filed to hold the administration accountable to promises made to South Carolinians.

"They have messed with the wrong state," Haley said, of the administration's decision not to finish the MOX project. "We are going to protect the people of the Savannah River Site. ... Enough is enough."

Tom Clements, an adviser to the Sierra Club in South Carolina and longtime MOX critic, questioned the state's legal standing to bring the suit and urged the state to find other ways to deal with the plutonium.