The Fukushima plant had triple meltdowns following the 2011 quake and tsunami. 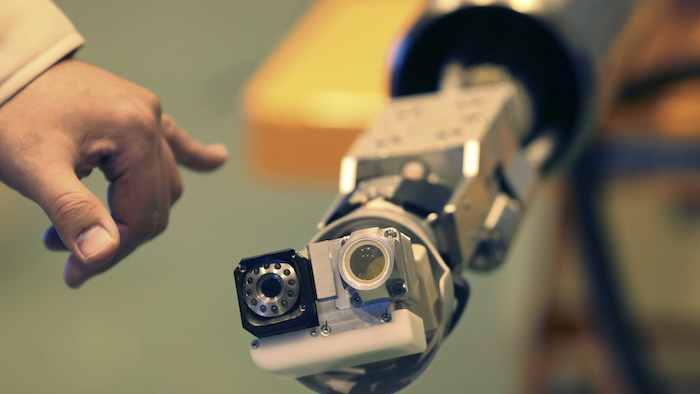 The device is 13 meters (43 feet) long and designed to give officials a deeper view into the nuclear plant's Unit 2 primary containment vessel, where details on melted fuel damage remain largely unknown.

The Fukushima plant had triple meltdowns following the 2011 quake and tsunami. Finding details about the fuel debris is crucial to determining the right method and technology for its removal at each reactor, the most challenging process during the plant's decades-long decommissioning.

Toshiba officials said the new device will be sent inside the pedestal, a structure directly below the core, to investigate the area and hopefully to find melted debris. The mission could come as soon as late January.

The device looks like a giant fishing rod about 12 centimeters (4.7 inches) in diameter, from which a unit housing the camera, a dosimeter and thermometer slowly slides down. The probe, attached by a cable on the back, can descend all the way to the bottom of the reactor vessel if it can avoid obstacles, officials said.

Two teams of several engineers will be tasked with the mission, which they will remotely operate from a radiation-free command center at the plant.

A simpler predecessor to the pipe unveiled Friday had captured a limited view of the vessel during a preparatory investigation in February. A crawling robot sent in later in February struggled with debris on the ground and stalled in the end due to higher-than-expected radiation, its intended mission incomplete.

The upgraded probe has been co-developed by Toshiba ESS and International Research Institute for Nuclear Decommissioning, a government-funded unit of construction and nuclear technology companies over the past nine months.