A statement said it took a year to install nearly 2 million solar panels and more than 1,000 miles of cable. 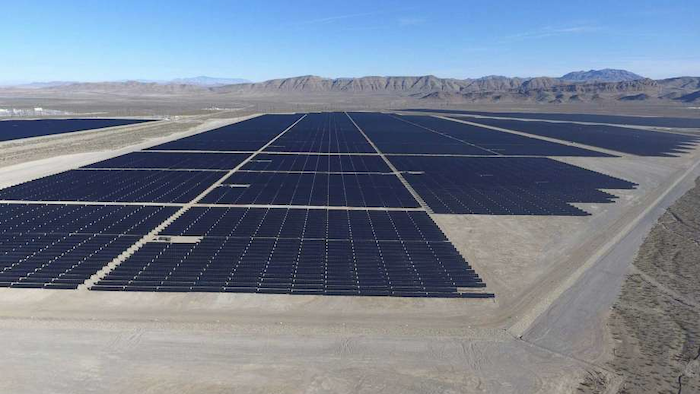 The industrial-sized power plants at an industrial park in North Las Vegas are designed to generate the equivalent amount of electricity to meet the needs of 46,000 Nevada homes, according to a company statement. But the 179 megawatts output will be used by Switch plants in Reno and Las Vegas.

A Switch vice president, Adam Kramer, said the project reflects his company's goal of using renewable energy so that "the data that runs our planet does not ruin our planet."

Dave Ulozas, an executive with NV Energy, the dominant utility in the state, noted that the two plants bring to 16 the number of solar plants in Nevada. 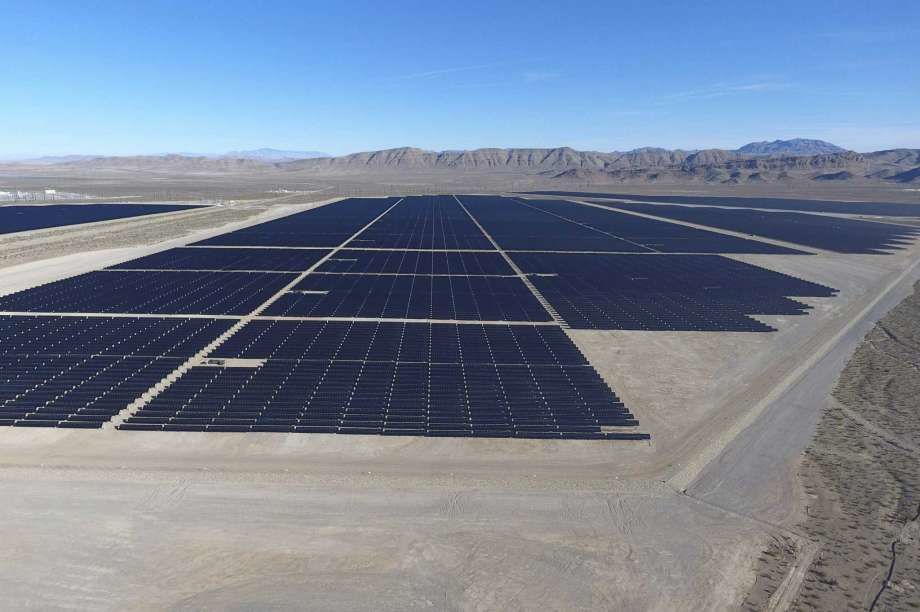 The new plants are not far from a coal-fired power plant that NV Energy and partners operated for decades in nearby Moapa, 40 miles north of Las Vegas. At peak, that plant produced more than three times as much electricity as the new solar project. It was shuttered in March.

Reid, the retired Senate majority leader and founder of a national Clean Energy Summit conference in Las Vegas a decade ago, said the Switch Station plants help fulfill a goal of making his home state a leader in renewable energy development.

Switch's data centers are composed of networked computers and storage that businesses or other organizations use to organize, process, store and disseminate large amounts of data.

The plants are the first utility-scale solar power plants to be built in a U.S. Bureau of Land Management "Solar Energy Zone," said John Ruhs, director of the federal agency in Nevada.

The Switch statement said it took a year to install nearly 2 million solar panels and more than 1,000 miles (1,609 kilometers) of cable covering nearly 3 square miles (7.7 square kilometers) of land. It said the project employed some 1,300 workers.