A 2013 report by federal regulators identified a string of safety lapses that led to the blast. 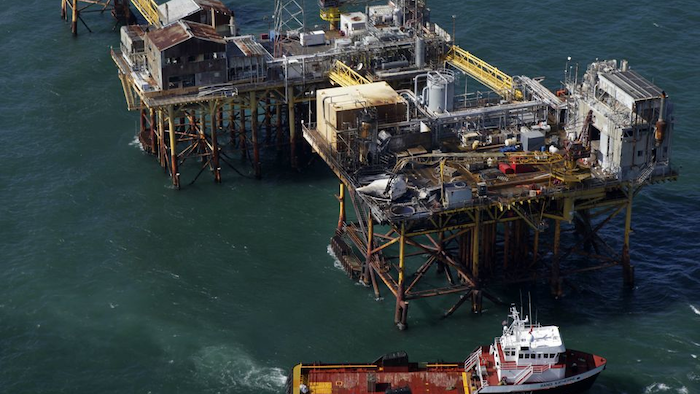 In this aerial photograph, a supply vessel moves near an oil rig damaged by an explosion and fire, Friday, Nov. 16, 2012, in the Gulf of Mexico about 25 miles southeast of Grand Isle, La. (AP Photo/Gerald Herbert)

An energy company pleaded guilty Friday to safety and environmental charges, agreeing to a $4.2 million penalty and avoiding manslaughter charges in connection with a 2012 offshore oil platform fire that killed three workers.

The plea agreement filed in U.S. District Court in New Orleans says prosecutors believe it's appropriate because the company is in bankruptcy proceedings. The penalty will be listed as an unsecured claim in the bankruptcy case. Also, prosecutors said the company won't re-emerge as an oil and gas operator or seek Gulf of Mexico energy leases. 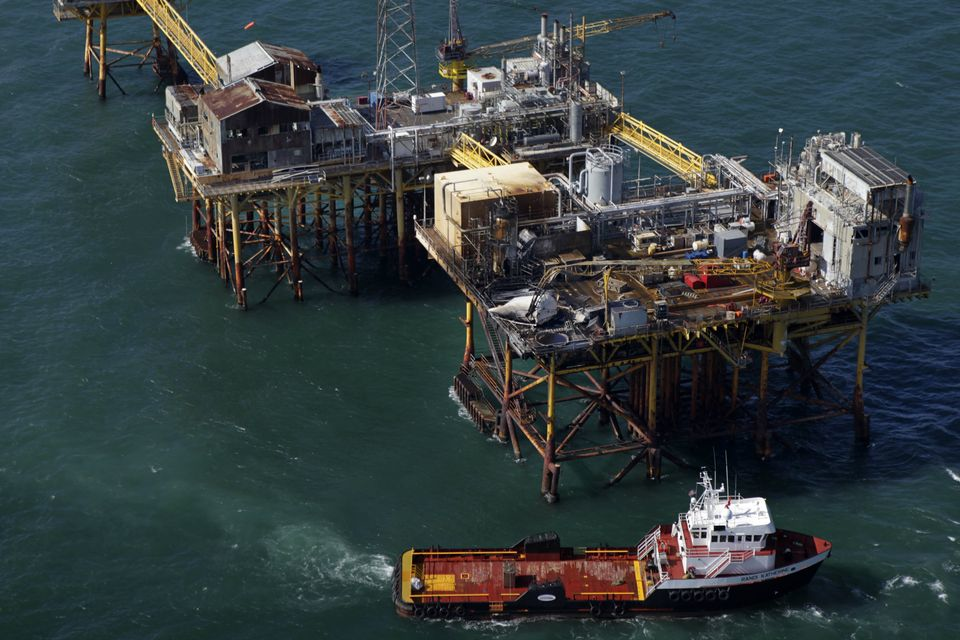 In this aerial photograph, a supply vessel moves near an oil rig damaged by an explosion and fire, Friday, Nov. 16, 2012, in the Gulf of Mexico about 25 miles southeast of Grand Isle, La. (AP Photo/Gerald Herbert)

Formal sentencing was set for August.

The company pleaded guilty to eight violations of the Outer Continental Shelf Lands Act and one violation of the Clean Water Act.

A 2013 report by federal regulators identified a string of safety lapses that led to the blast, which killed Ellroy Corporal, Jerome Malagapo and Avelino Tajonera.

The platform was about 17 miles (27 kilometers) from Grand Isle, Louisiana, in about 52 feet (15 meters) of water. It had been "shut in" and wasn't producing oil at the time of the explosion. Workers were on the platform preparing to resume production. On the morning of Nov. 16, 2012, a worker ignited oil vapors while welding pipe, triggering a chain reaction that caused oil tanks to explode.