Trump, In Break From Other World Leaders, Digs In On Coal

Declaring an end to "the war on coal," President Trump signed an executive order Tuesday that eliminates restrictions on fossil fuel production. 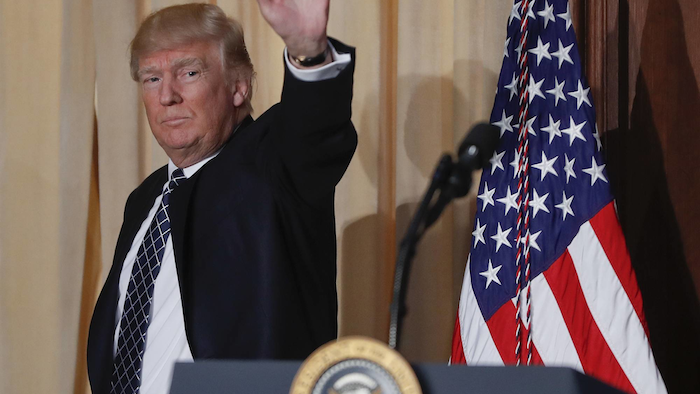 Declaring an end to what he's called "the war on coal," President Donald Trump signed an executive order Tuesday that eliminates numerous restrictions on fossil fuel production, breaking with leaders across the globe who have embraced cleaner energy sources.

"That is what this is all about: bringing back our jobs, bringing back our dreams and making America wealthy again," Trump said during a signing ceremony at the Environmental Protection Agency headquarters, where he was flanked on stage by more than a dozen coal miners.

Throughout the election, Trump accused the former president of waging "a war" against coal as he campaigned in economically depressed swaths of states like West Virginia, Pennsylvania and Ohio.

The miners "told me about the efforts to shut down their mines, their communities and their very way of life. I made them this promise: We will put our miners back to work," the president said. "My administration is putting an end to the war on coal." 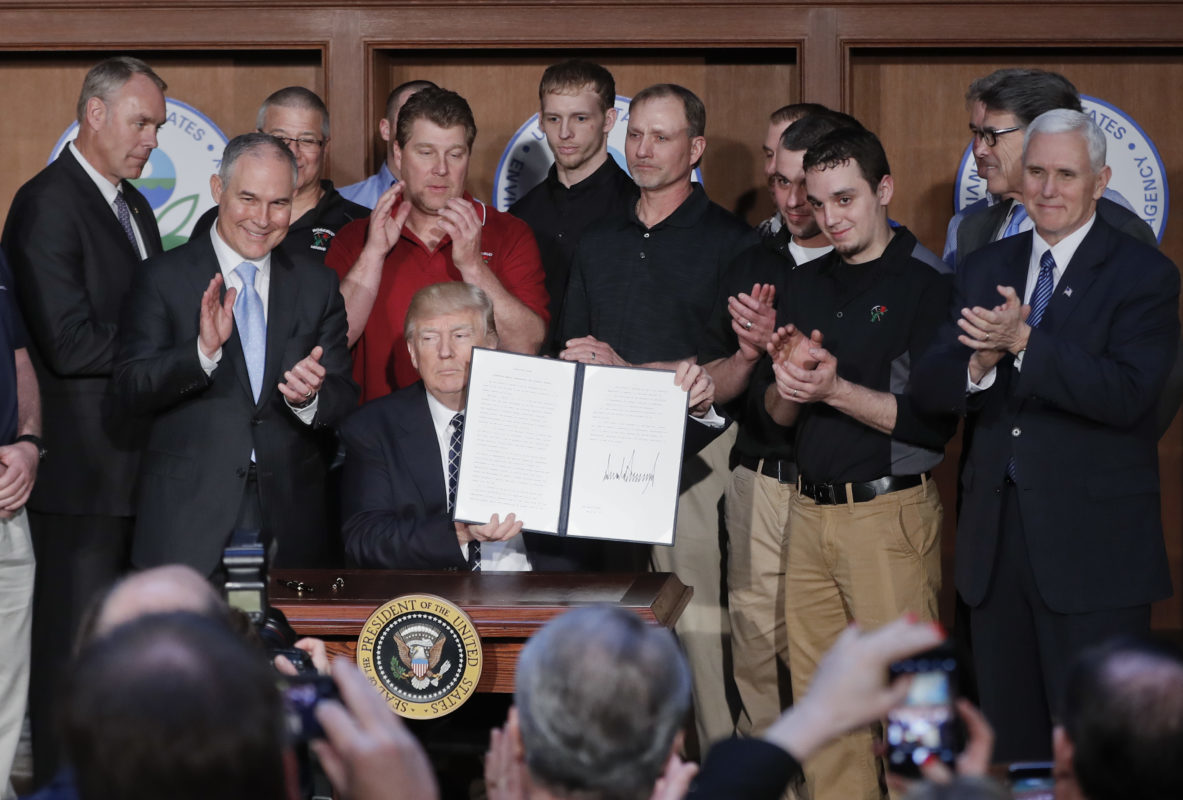 "There is much our nation can do to address the risks that climate change poses to human health and safety, but disregarding scientific evidence puts our communities in danger," said Rush Holt, chief executive officer of the American Association for the Advancement of Science, the nation's largest general scientific society.

"Gutting the Clean Power Plan is a colossal mistake and defies science itself. Erasing climate change may take place in Donald Trump's mind, but nowhere else," Brown said.

While Republicans have blamed Obama-era environmental regulations for the loss of coal jobs, federal data shows that U.S. mines have been shedding jobs for decades under presidents from both parties as a result of increasing automation and competition from natural gas.

Another factor is the plummeting cost of solar panels and wind turbines, which now can produce emissions-free electricity cheaper than burning coal.

Trump's order initiates a review of the Clean Power Plan, which restricts greenhouse gas emissions at coal-fired power plants. The regulation — Obama's signature effort to curb carbon emissions — has been the subject of long-running legal challenges by Republican-led states and those who profit from burning oil, coal and gas.

The order also lifts a 14-month-old moratorium on new coal leases on federal lands. The Obama administration had imposed a three-year moratorium on new federal coal leases in January 2016, arguing that the $1 billion-a-year program must be modernized to ensure a fair financial return to taxpayers and address climate change.

In all cases, business groups had complained to Trump — a self-celebrated business tycoon — that the rules were overly burdensome and expensive. 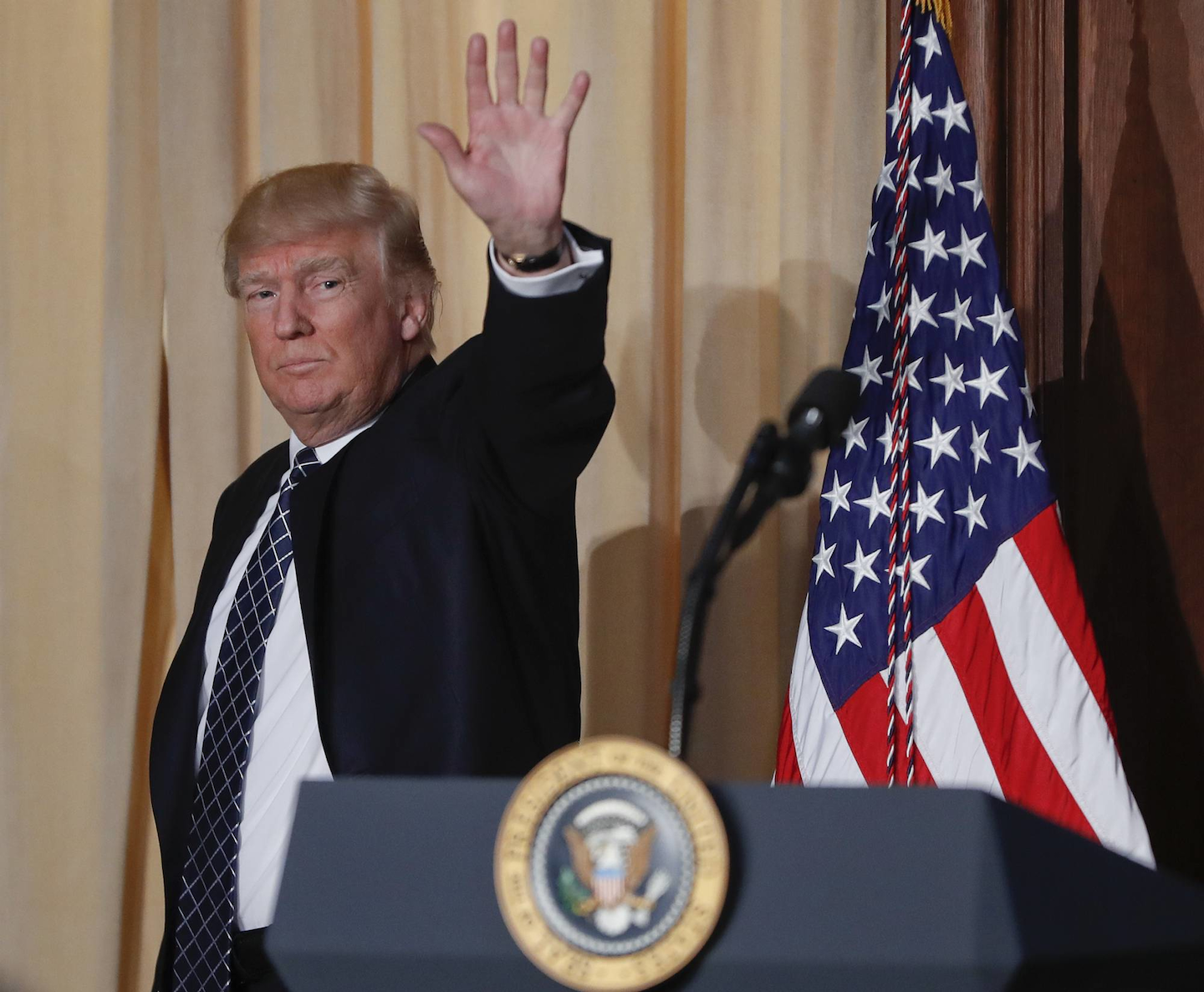 Rewriting the Clean Power Plan and other regulations is likely to take years to complete and will face legal challenges from environmental groups and Democratic-leaning states such as California and New York. A coalition of 16 states and the District of Columbia said they will oppose any effort by the Trump administration to withdraw the Clean Power Plan or seek dismissal of a pending legal case before a federal appeals court in Washington.

Brown said in an interview he is confident the Obama-era rule will be upheld in court. "Climate change is real and is a great threat that cannot be ignored," Brown said.

The Trump administration has yet to decide whether it intends to withdraw from the international climate agreement signed in Paris, which sets ambitious goals to reduce carbon pollution. Trump's order could make it more difficult, though not impossible, for the U.S. to achieve its carbon reduction goals.

The order does not withdraw a 2009 finding by the EPA that greenhouse gases endanger the public health and welfare. The finding, along with a 2007 Supreme Court ruling, forms the basis of the Clean Power Plan. Some conservative groups have pushed to withdraw the so-called endangerment finding, but Trump's EPA chief, Scott Pruitt, has said the finding "needs to be enforced and respected."

Trump has called global warming a "hoax" invented by the Chinese, and insisted he would protect clean air and water while boosting energy jobs.

Pruitt alarmed environmental groups and scientists earlier this month when he said he does not believe carbon dioxide is a primary contributor to global warming. The overwhelming majority of peer-reviewed studies and climate scientists agree the planet is warming, mostly due to man-made sources, including carbon dioxide, methane, halocarbons and nitrogen oxide.

Gore blasted Trump's action as "a misguided step away from a sustainable, carbon-free future for ourselves and generations to come." But he said no one — not even Trump — "can stop the encouraging and escalating momentum we are experiencing in the fight to protect our planet."