New Mexico says their neighboring state should be held responsible for the contamination from the 2015 spill, as well as decades of toxic drainage. 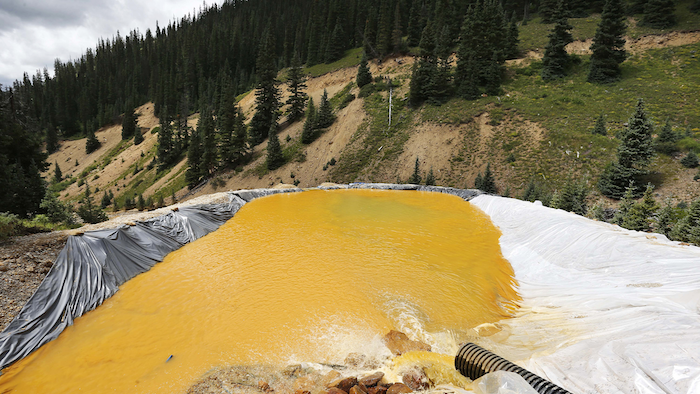 In this Wednesday, Aug. 12, 2015, file photograph, water flows through a series of retention ponds after a spill at the Gold King mine near Silverton, Colo. (AP Photo/Brennan Linsley, file)

New Mexico is suing the state of Colorado, saying its northern neighbor should be held responsible for the contamination from a massive mine waste spill last year as well as decades of toxic drainage from mines near the headwaters of a shared river.

The New Mexico Attorney General's Office and the state Environment Department announced late Wednesday that they filed a complaint against Colorado with the U.S. Supreme Court. It seeks damages and demands that Colorado address problems at the mines.

It marks the second major legal salvo fired by New Mexico in the wake of the August 2015 spill, which fouled rivers in three Western states with a bright-yellow plume of arsenic, lead and other heavy metals. The state also is suing the U.S. Environmental Protection Agency and the owners of two mines.

"We had hoped EPA and Colorado would try to work with us and come up with solutions," New Mexico Environment Secretary Ryan Flynn told The Associated Press. "But the state of Colorado, its leadership, seems intent on defending EPA at every turn and is unwilling to work with us to move forward in a meaningful manner."

The Colorado governor's office said it is disappointed New Mexico has chosen "costly and time-consuming litigation."

"While the Gold King Mine spill was a striking reminder throughout the West that there are thousands of abandoned mines that would benefit from joint cleanup efforts, the litigation doesn't impact our commitment to addressing the challenges posed by historic mine drainage," the governor's office said in a statement.

The EPA has declined to comment on the lawsuit, but it has said it takes responsibility for the cleanup at the Gold King Mine.

An agency contractor accidentally triggered the spill. Wastewater made its way into the Animas River and eventually down to the San Juan River, setting off a major response by government agencies and private groups.

During the spill, water utilities shut down intake valves and farmers stopped drawing from the rivers as the plume moved downstream.

The EPA said water quality quickly returned to pre-spill levels. But New Mexico officials and others warn about heavy metals collecting in the sediment and getting stirred up each time rain or snowmelt results in runoff.

The lawsuit against Colorado details the results of recent soil samples taken north of Durango, Colorado, where discolored sediment was visible at residential properties. The results showed lead at concentrations far above the risk level established by the EPA.

It also outlines the business and regulatory history of the Sunnyside Gold Mine, where operators were allowed to install plugs that eventually caused wastewater to back up and fill the mine. That led to problems at nearby mines.

The shuttering of a water treatment plant for mine discharge further aggravated the situation, according to New Mexico officials. 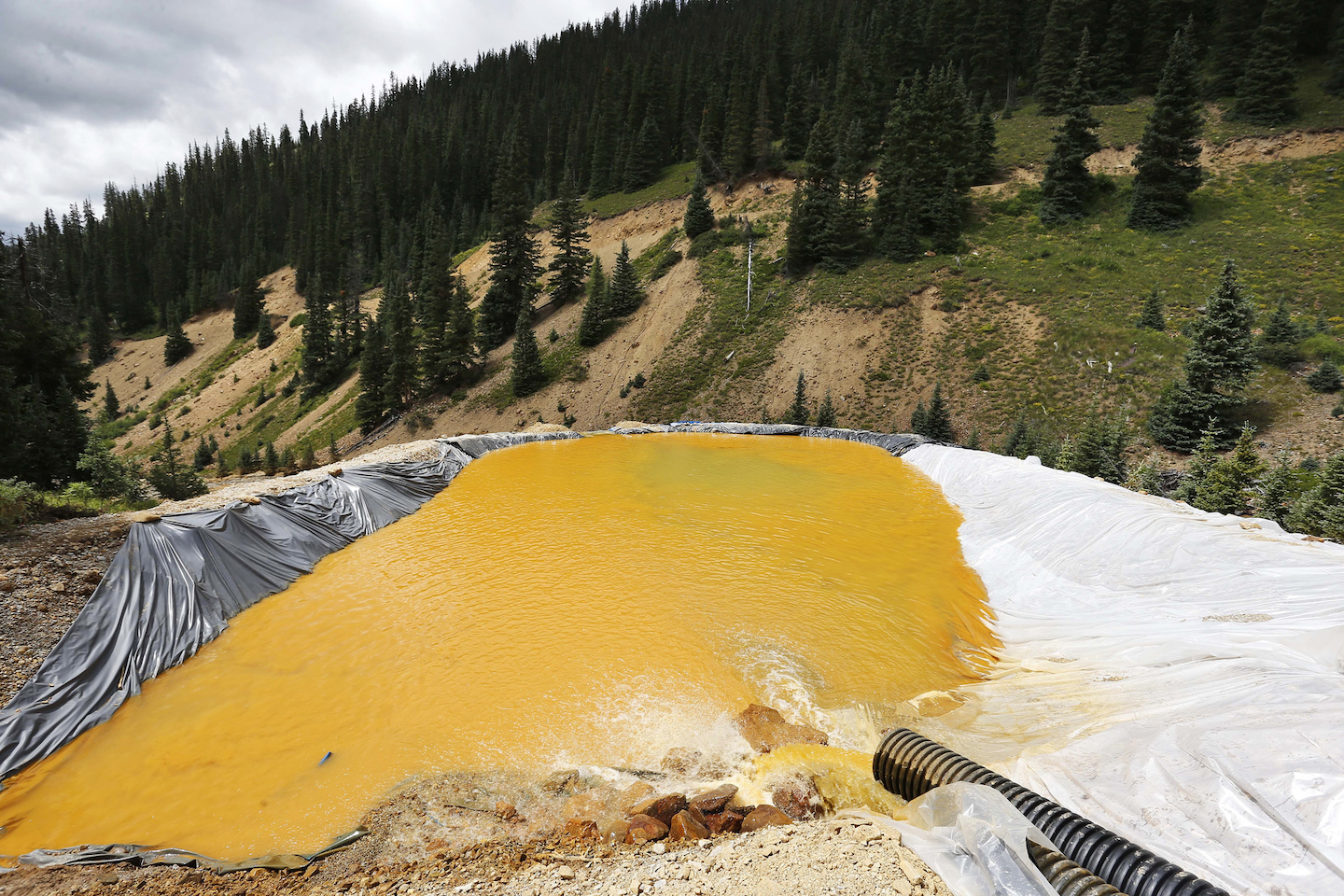 In this Wednesday, Aug. 12, 2015, file photograph, water flows through a series of retention ponds after a spill at the Gold King mine near Silverton, Colo. (AP Photo/Brennan Linsley, file)

By 2011, acidic drainage from four inactive mines at and above the former treatment plant â including at Gold King Mine â was pouring into Cement Creek, a tributary of the Animas River, at a rate of nearly 850 gallons per minute, according to the lawsuit.

"The Gold King Mine release was the coup de grÃ¢ce of two decades of disastrous environmental decision-making by Colorado, for which New Mexico and its citizens are now paying the price," the lawsuit says.

New Mexico contends Colorado's conduct now and in the past and the resulting contamination amounts to a public nuisance.

Attorney General Hector Balderas said New Mexicans rely on the Animas and San Juan rivers for drinking water, ranching, farming, tourism and more, so communities must be compensated and protected from future health and safety risks.

New Mexico and Colorado officials had been in talks for months, and Flynn said the state is still open to discussions in hopes of settling with the EPA and Colorado.

"We're here out of necessity," the environment secretary said. "I would prefer to spend time and resources resolving this rather than duking it out in court."