The amount of oil spilled and the extent of environmental damage was not clear. 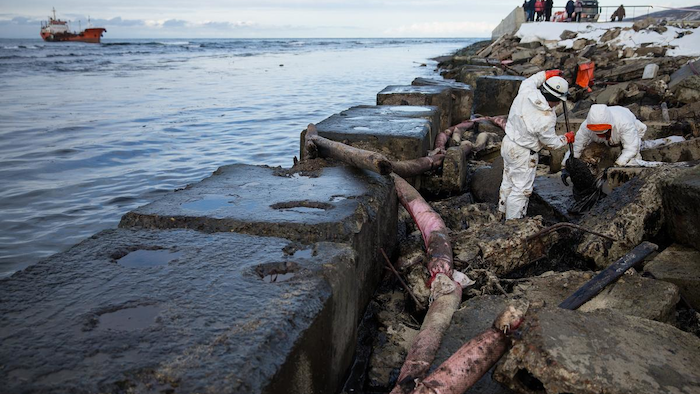 Russian emergency services say cleanup operations are underway after an oil tanker was grounded, damaging one of its fuel tanks.

The tanker Nadezhda hit a reef during a storm on Saturday near the port city of Nevelsk on Sakhalin Island in Russia's Far East. It was carrying 786 tons of fuel oil and diesel fuel.

The amount of oil spilled and the extent of any environmental damage was not immediately clear.

The emergency services said operations were taking place on Sunday to collect spilled oil and also contaminated soil from along the shore, while oil remaining on the vessel was being pumped onto other tankers.

Sakhalin Island, located in the north Pacific just north of Japan, is a major producer of oil and natural gas.