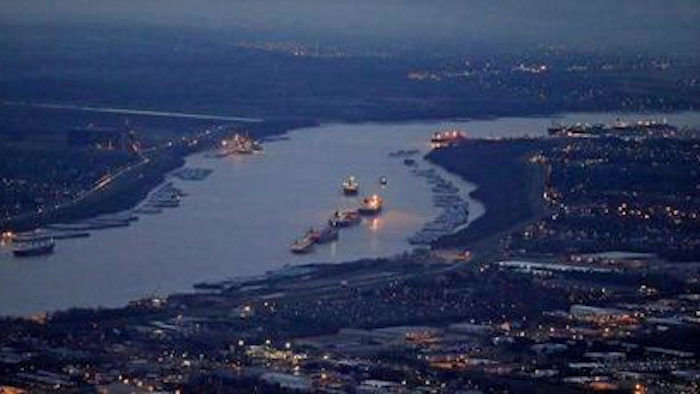 The U.S. Coast Guard says part of the Mississippi River has been closed as crews investigate and clean up an oil spill caused by the collision of two tow boats.

The Coast Guard says the collision Wednesday evening near Paducah, Kentucky, damaged at least one barge carrying clarified slurry oil. The cargo tank was ruptured, causing an unknown amount of oil to spill into the river.

Officials say the river is closed from mile markers 938 to 922.

The Coast Guard said Thursday that the maximum amount of oil that could have spilled is 250,000 gallons. The agency says it's working with the barge owner and an oil spill response organization to determine the exact amount of oil that poured into the water.

The cause of the collision is being investigated.