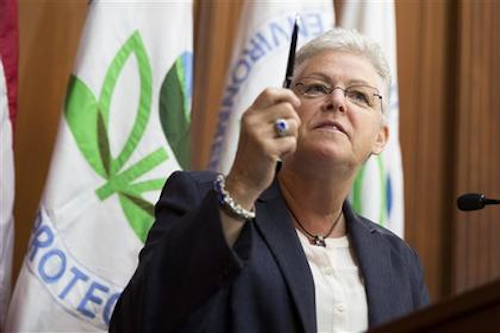 The lawsuit was filed in the U.S. Court of Appeals for the District of Columbia Circuit by Murray Energy Corp. EPA rules announced this month seek to reduce global warming by forcing a 30 percent cut in carbon dioxide emissions from 2005 levels by 2030.

Murray Energy, based in St. Clairsville, Ohio, calls the regulations "illegal, irrational, and destructive" and argues they will destroy millions of jobs.

"This is clearly an illegal attempt by the Obama EPA to impose irrational and destructive cap-and-tax mandates, which Congress and the American people have consistently rejected," said Gary Broadbent, the company's assistant general counsel.

Murray Energy is the nation's largest privately owned coal company, according to its website. It employs more than 7,200 people in West Virginia, Ohio, Kentucky, Illinois, Pennsylvania and Utah.

An EPA spokeswoman, Liz Purchia, declined to comment on the lawsuit. But she added that the EPA "writes solid rules and they stand up in court — courts have reaffirmed our science and reasoning time and time again."

Last month, Murray Energy filed a lawsuit challenging new federal regulations to cut the amount of coal dust in coal mines, saying they are overly burdensome and costly to the industry.