The North Carolina panel developing rules on hydraulic fracturing agreed Thursday that regulators should have the explicit ability to halt work if there are violations at a drilling operation. Three members of the North Carolina Mining and Energy Commission who presided over public hearings on... 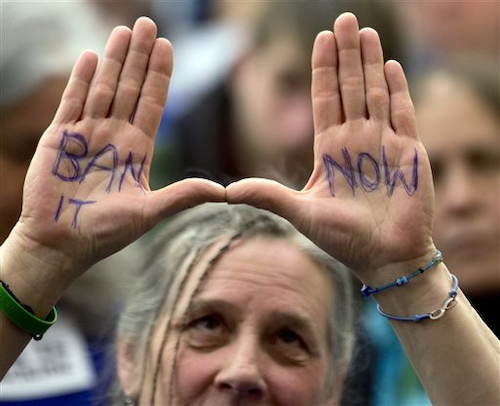 The North Carolina panel developing rules on hydraulic fracturing agreed Thursday that regulators should have the explicit ability to halt work if there are violations at a drilling operation.

Three members of the North Carolina Mining and Energy Commission who presided over public hearings on fracking had recommended that the commission and state regulators have the authority to stop work.

When the matter came up during the full commission's meeting on Thursday, members agreed that while state law gives them broad enforcement authority, the stop-work authority should be spelled out in the commission's rules.

"That's always a hammer that you have for enforcement purposes and otherwise. And you want that clearly stated in the rules," said commissioner James Womack, who was one of the members who presided over the public hearings. "You don't want this element of doubt there so that you end up in the court system."

At meetings this week, the commission's 14 members were considering recommendations for changes to the more than 100 draft rules based on nearly 220,000 comments collected from the public. They are likely to vote on revisions next week, and the state Legislature would have the final say during its session that begins in January.

The commission also discussed a recommendation that would ensure the state permanently archives records related to each well. A previous version had specified that fracking operators would keep documents for a number of years, but a revision would require them to eventually transfer them to the state geologist's office to be kept permanently.

Commission chairman Vikram Rao quipped that the change went beyond public requests for records to be kept for several decades.

"The public asked for '50 years' and we gave them 'permanent,' apparently," he said.

Commissioners also commended a revision to language in one rule to ensure that regulators can make unannounced inspections. Commission vice chairwoman Amy Pickle said the panel's intent had always been to allow inspections without warning but language in draft rules about "notice" for operators could have been interpreted otherwise.

Gov. Pat McCrory signed a law over the summer clearing the way for permits to be issued as soon as next spring for hydraulic fracturing, which involves injecting water, sand and chemicals to break apart underground rocks so oil and gas can escape.

The issue has sparked strong responses by both sides. Four public meetings in August and September were marked by chanting and singing by people who fear toxic chemicals could escape the wells. Fracking proponents say it can be done safely and that affordable natural gas helps manufacturers create more jobs.

Scientists believe pockets of natural gas exist in layers of shale under Chatham, Lee and Moore counties southwest of Raleigh, but there are disputes about how much is there.