Kerry Urges U.S. And China To Cooperate On Climate Change

Secretary of State John Kerry says the United States and China must work together to stave off a global catastrophe from climate change. He appealed for greater cooperation between the two world powers. In a speech Tuesday, Kerry praised Chinese help on combating nuclear... 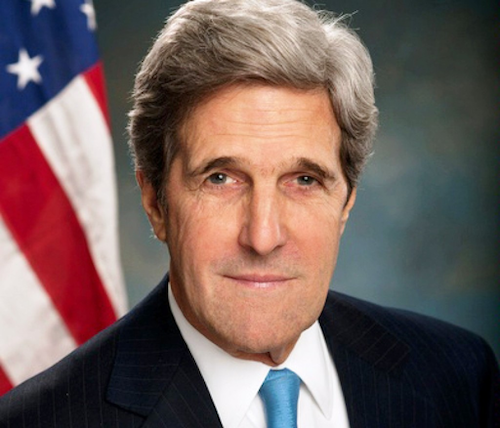 Secretary of State John Kerry says the United States and China must work together to stave off a global catastrophe from climate change. He appealed for greater cooperation between the two world powers.

In a speech Tuesday, Kerry praised Chinese help on combating nuclear proliferation by Iran and North Korea. He also welcomed a growing China role in Afghanistan.

But Kerry made clear the U.S. wouldn't back down over its differences with China on cyber-espionage, human rights violations, and maritime security disputes in the South China Sea.

Kerry travels to Beijing Friday, ahead of a visit by President Barack Obama for a regional summit and talks with Chinese President Xi Jinping (shee jihn-peeng).

Kerry was speaking at the Johns Hopkins School of Advanced International Studies.