In the long term, energy-related carbon dioxide (CO2) emissions are driven by economic and efficiency trends and changes in the fuel mix. But weather fluctuations, which drive the level of energy use for both heating and cooling, are a very significant factor affecting year-to-year variation in fossil fuel consumption and their resulting... 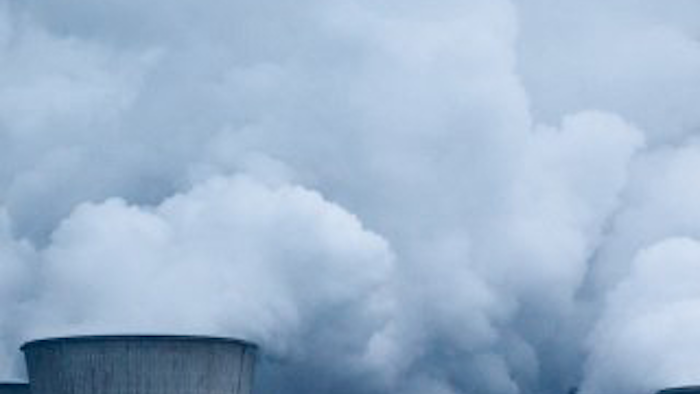 In the long term, energy-related carbon dioxide (CO2) emissions are driven by economic and efficiency trends and changes in the fuel mix. But weather fluctuations, which drive the level of energy use for both heating and cooling, are a very significant factor affecting year-to-year variation in fossil fuel consumption and their resulting emissions.

EIA's most recent monthly Short-Term Energy Outlook (STEO), issued on October 10, forecasts U.S. energy-related CO2 emissions for 2014 and 2015 at 5,457 million metric tons (MMmt) and 5,436 MMmt, respectively, both higher than the 2013 emissions level of 5,396 MMmt. The forecasted 1.1% rise in CO2 emissions for 2014 relative to their 2013 level reflects a combination of historical energy use data already in hand for more than half of the year and forecasted energy use for the remaining months.

Very cold weather early this year contributed to an increase in total energy use and CO2 emissions for the first six months of 2014 compared with the same period the year before. EIA ran simulations using the STEO model to estimate how much lower emissions would have been had the weather in the first half of the year instead been more like the previous 10-year (2004-13) average. The results show that using this alternative weather scenario, energy-related CO2 emissions during the first half of 2014 would have only been about 0.4% higher than in the first half of 2013, well below the actual first-half to first-half emissions increase of 2.7%.

Under the alternative weather scenario, first-half energy-related CO2 emissions results are about 64 MMmt lower than their actual value of 2,737 MMmt, mainly reflecting lower use of natural gas and electricity for winter heating. The residential sector accounts for about 62% of the reduction in natural gas consumption and 86% of the drop in electricity use in the alternative weather scenario, with the commercial sector accounting for most of the remaining difference.

The STEO energy and emissions forecast reflects weather outlooks provided by the National Oceanic and Atmospheric Administration (NOAA), projected economic and energy market conditions, and existing laws and policies affecting energy use, such as fuel economy standards for vehicles and existing Environmental Protection Agency regulations affecting electric power generators. The STEO forecast, as is the case with all forecasts, is subject to error resulting from changes in economic conditions, energy prices, and differences between forecasted and actual weather. The March 2015 edition of the Monthly Energy Review will include CO2 emissions data for all 12 months of 2014.

To develop estimates of energy demand for winter heating and summer cooling, weather is measured in heating and cooling degree days (HDD and CDD). At the national level, heating degree days (an indicator of heating demand) were 11% above the previous 10-year (2004-13) average during the first half of 2014. Consumption of fuel for space heating is roughly proportional to HDD. One final observation is that EIA's data and projections of energy use and energy related CO2 emissions do not exactly conform to reporting rules under the United Nations Framework Convention on Climate Change (UNFCCC). For example, they do not exclude fuels used in international transportation from national totals. However, once appropriate adjustments are made, these projections provide the basis of U.S. reporting on energy and energy-related emissions to the UNFCCC.