This chart shows the top 10 offshore windfarms worldwide by capacity (in megawatts). 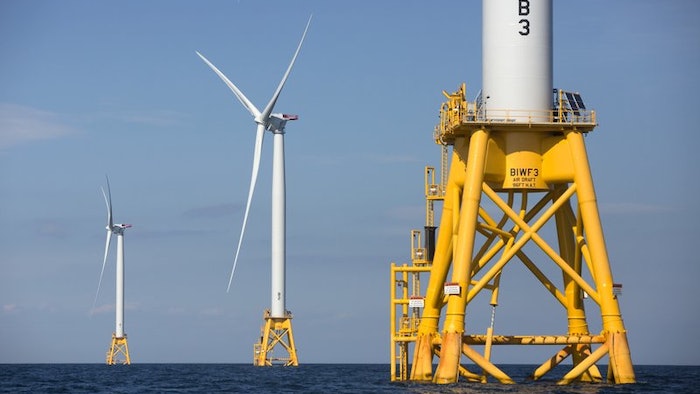 Last week, the world's largest offshore wind farm opened off in the Irish Sea off England's northwest coast. The Walney Extension is made up of 87 wind turbines manufactured by Siemens Gamesa and MHI Vestas and it covers 55 square miles, an area roughly equivalent to 20,000 football fields. The Vestas turbines stand 195 meters tall and they are the largest turbines in operation worldwide today, with each one optimized to generate 8.25 megawatts. The £1bn windfarm is owned by Denmark's Ørsted and it has a total capacity of 659 megawatts, enough energy to power 600,000 homes.

Previously, the London Array held the title as the world's largest offshore wind farm and the Walney Extension has overtaken it, despite the fact that is has less than half the number of turbines. That's because its turbines are larger, more powerful and situated further out to sea. On the following infographic which was created using Renewable data published by The Guardian, a distinct trend is readily apparent.

All of the world's largest wind farms are in Europe with the bulk of them in the UK. The only non-UK entries in the top-10 list are Gemini in the Netherlands (600 megawatts) and Germany's Gode and Veja Mate (582 and 402 megawatts respectively). By comparison, the largest non-European wind farm is China's Huaneng Rudong which only has a 300-megawatt capacity by comparison. The UK is a global leader in wind energy and according to the Global Wind Energy Council, the country hosts 36 percent of installed global wind energy capacity. The Walney Extension won't hold its title for long, however. ScottishPower's East Anglia One is set to open in 2020 and it will have an even greater capacity of 714 megawatts.