Critics of the plan claim the change would further harm Mexico’s economy amid the pandemic. 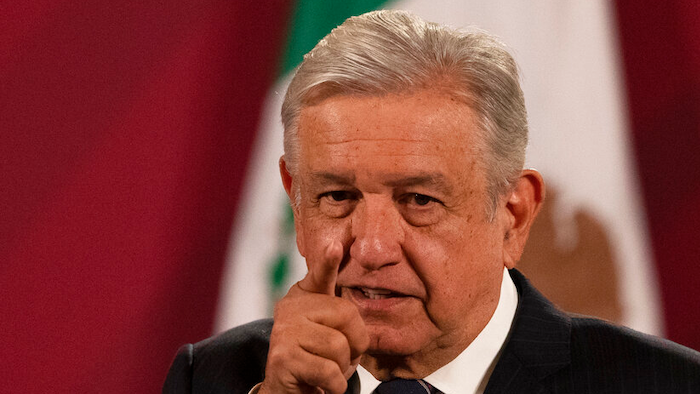 MEXICO CITY (AP) — Mexican President Andrés Manuel López Obrador proposed Tuesday a blanket ban on sub-contracting or outsourcing of jobs by private companies, saying the practice has been abused to avoid paying employees’ the benefits they are due by law.

The president said he would send the proposal to congress at a later date, but the plan already drew criticism from business groups that claim the change would further harm Mexico’s economy precisely when it is still reeling from the effects of the coronavirus pandemic.

Companies in Mexico often contract out jobs like maintenance, cleaning and warehouse duties to temporary agencies or outside firms, to avoid the expense of having to advertise for and hire employees, or to increase their workforce for short periods of time.

Such employees frequently work at a company's facilities, but are paid by another firm.

López Obrador cited abuses Tuesday in calling for the ban, including the case of one outsourcing firm accused of fraud.

“I am going to write a bill to do away with this mechanism,” he continued. “We have to clean things up, we cannot be accomplices to corruption or coverups.”

Mexico's Employers' Federation, a business group, said in a statement that it opposed fraudulent uses of outsourcing like the one cited by the president, but said a total ban “would have a grave impact on the already seriously deteriorated (economic) situation, and would mean the loss of a considerable number of legitimate and properly paid jobs.”

“We oppose any legal reform that prohibits labor subcontracting that complies with all legal standards,” the group said.

While Mexico's minimum wage is a woefully low $5.50 per day — well under $1 per hour — benefits are proportionally slightly more generous, leaving some companies a financial incentive to avoid them. Mexico legally requires companies to pay contributions to health and retirement plans and annual year-end bonuses and profit-sharing, where applicable.