Prices for used cars and trucks rose at their highest rate since 1969. 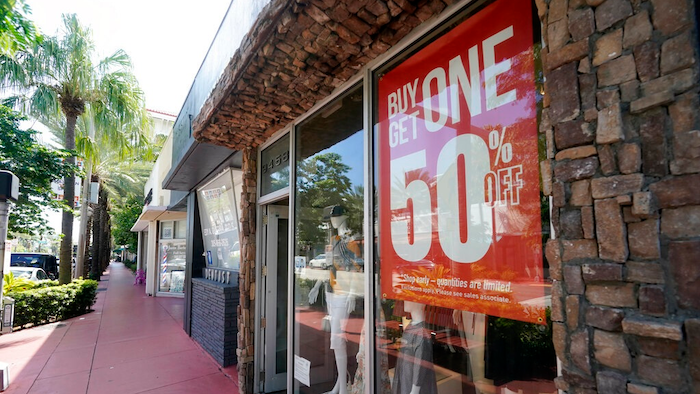 A business displays a "Buy One Get One 50% Off," sign Monday, Oct. 12, 2020, in Surfside, Fla. U.S. consumer prices rose slightly in September, led again by sharp increases in the index for used vehicles. The Labor Department reported Tuesday, Oct. 13 that the consumer price index rose 0.2% last month.
AP Photo/Wilfredo Lee

Prices for used cars and trucks rose 6.7% in September after a 5.4% gain in August and are now up 10.3% in the past 12 months. The September increase is the largest monthly increase since February 1969.

Overall inflation for the last 12 months is up 1.4% while core inflation, which excludes energy and food, is up 1.7%.

Energy prices were mixed with nominal movements in the various categories last month, but remain suppressed over the past 12 months because of huge declines in March and April, driven by lack of demand as the coronavirus spread through the U.S.

Inflation remains below the Federal Reserve’s target of 2%, and Fed officials in the summer changed their operating policy to say that it was prepared to allow for inflation above that level for a time, in order to make up for the many years its been below that target.

Because of that change, many economists believe the Fed will leave its benchmark interest rate at a record low near zero for the foreseeable future as it tries to lift the country out of a recession which has cost millions of jobs.